The makers of 'Bestseller' have unveiled the trailer and it has taken everyone's excitement a whole notch higher. Directed by Mukul Abhyankar, the psychological thriller is a perfect blend of suspense and drama. 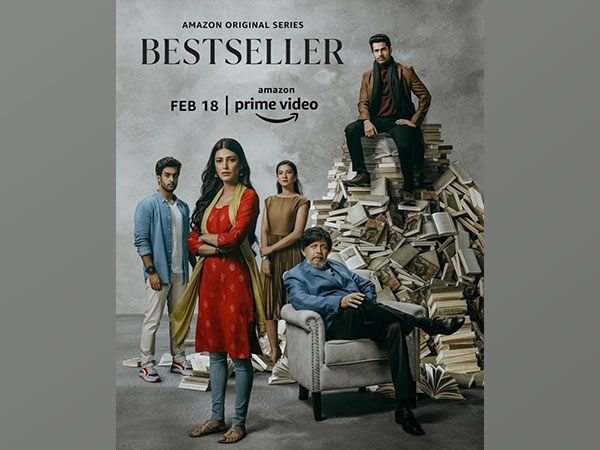 It features Arjan Bajwa, Shruti Haasan, Mithun Chakraborty, Gauahar Khan, and Satyajeet Dubey in the lead roles. The trailer gives a glimpse of popular novelist Tahir (Arjan Bajwa) who's hungry to strike gold with his next book.
He meets a fan (Shruti Haasan) whose life inspires him to write his next page-turner. However, that meeting brings a lot of drama and chaos in Tahir's life.
Speaking about the show, Arjan said, "The story of Bestseller is one that will have the audiences riveted - each character is so distinct, played to perfection by the very talented cast, expertly guided by the vision of director Mukul Abhyankar. The entire narrative is intriguing and well layered."
Also Read | Shraddha Kapoor remembers Lata 'Aaji' with heartfelt social media note
"I am excited about my role as Tahir Wazir, a successful and assertive writer whose life undergoes drastic twists and turns, when he crosses paths with a stranger. Given the multiple layers to the character, it was a challenging role to play but at the same time a fantastic experience as an actor to portray Tahir. I cannot wait for Bestseller to reach viewers across the world."
'Bestseller' will be out on Amazon Prime Video on February 18.
Bestseller Shruti Hassan Arjan Bajwa Mithun Chakraborty Gauhar Khan