The igloo is 45 feet wide and 37.5 feet high from inside and can accommodate about 30 diners at a time.

World's biggest snow igloo cafe has come up at Gulmarg, one of the Asia’s premier ski resorts situated in the Pir Panjal Range of the Himalayas at an altitude of 2,650 m (8,694 ft) and about 56 km from capital Srinagar. Set up by a local group of hotels on the lawns of its property in the cone-shaped valley, the igloo is 45 feet wide and 37.5 feet high from inside and can accommodate about 30 odd diners at a time. 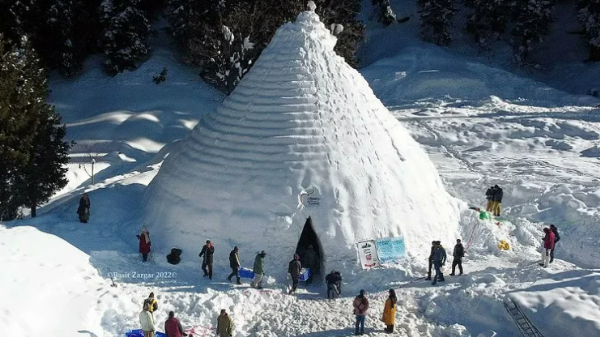 It is also said to be Asia's biggest such igloo. Colourful crockery offsets the icy interiors, while the seats have sheepskin-style rugs casually thrown over for a rustic look. 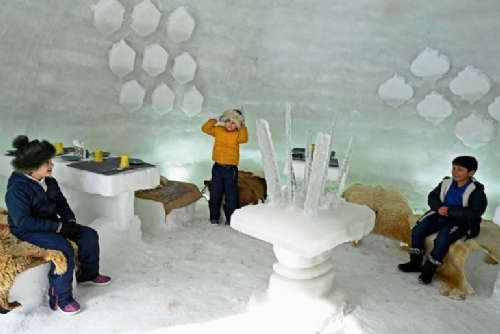 Most visitors have been coming here to take a selfie, along with some steaming cups of kahwa. It also features an ice carving in the centre of the structure.

An igloo, also known as a snow house or snow hut, is a type of shelter built of ‘suitable’ snow. Gulmarg like many other parts of the Valley received several spells of major snowfall in recent weeks and has recorded below-freezing temperatures.
Gulmarg Igloo cafe igloo ice