Pune, February 4: Baba Bhide Bridge in Pune, that connects Deccan to the Peth areas is soon going to be demolished to make room for the ambitious riverfront project proposed by the Pune Municipal Corporation (PMC). 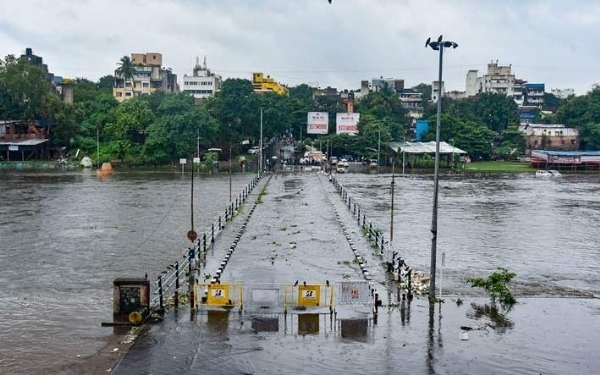 This bridge has become synonymous with Pune’s monsoons since it was built in 1996, as, whenever it rained heavily or water from the Khadakwasla Dam was released, this bridge was always the first to be submerged, hence stranding the commuters.
The main reason for the demolition of the bridge is due to the riverfront development project which requires increasing the width of the riverbank at a few locations. The project will also incorporate water retention structures at various points that will be key in maintaining the water levels.

PMC city engineer Prashant Waghmare says, “As far as the Bhide bridge is concerned, it will have to be demolished since it will create an obstruction to the flow. The project is a long term one and no decision will be taken without proper research and taking all the parties involved into confidence. We will have another alternative bridge at a greater height to replace the Bhide Bridge to ease the traffic.”
Baba Bhide bridge Pune Bridge Riverfront Project