Video of the was widely shared on social media, leading to massive criticism among internet users

A police case has been filed against hairstylist Jawed Habib for spitting on a woman's head during a seminar in western UP's Muzaffarnagar, earlier this week. The complaint has been filed by the woman on whose hair Habib spat during the workshop, said the police. 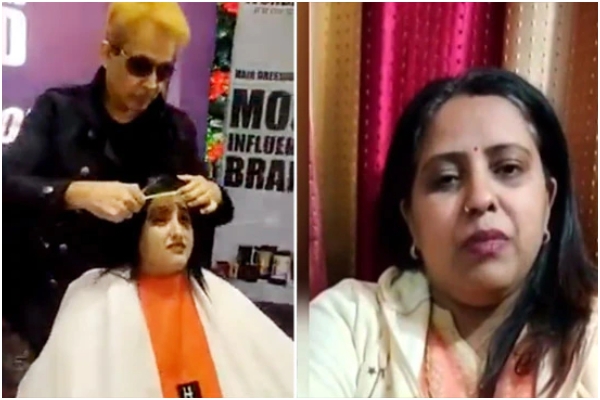 The video of the incident which took place at a workshop conducted by the hairstylist was widely shared on social media, leading to massive criticism among internet users. In the video, Habib is heard telling the audience, “If there is a shortage of water, use saliva.”
Habib later apologised but said that the act was done to add “humour” to the lengthy session. The woman on whose hair Habib spat during the workshop has recounted the experience on social media.

Pooja Gupta, who owns the beauty parlour, said, “Yesterday, I attended a workshop of Jawed Habib. He invited me to the stage for a haircut. He said if there is no water, you can use saliva. From now onwards, I will go to my street-side barber for a haircut, but will not go to Habib.”

Habib said in a video posted on social media, “I just want to say one thing these are professional workshops, as in, they are attended by people from within our profession. When these sessions get very long, we have to make them humorous. What can I say? If you are truly hurt, I apologise from the bottom of my heart. Please forgive me, I am sorry.”

The police said that Habib has been booked under several sections that relate to assault or criminal force with intent to dishonour person of the Indian Penal Code and the Epidemic Diseases Act, 1897.