The encounter broke out in Zolwa village, in Budgam, late on Thursday, said a police official

3 Jaish-e-Mohammad (JeM) terrorists were killed in an overnight encounter, with security forces in Budgam district of Jammu and Kashmir, said the police on Friday. 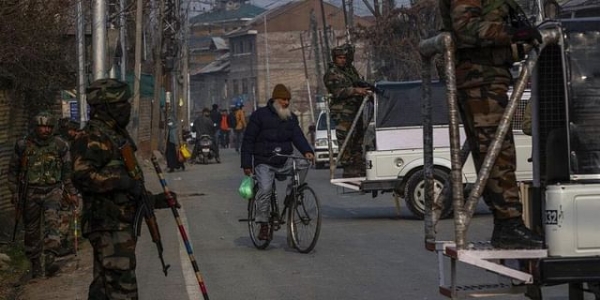 The encounter broke out in Zolwa village, in Budgam, late on Thursday, said a police official. 3 terrorists were killed in the exchange of fire with the security forces, the official said.
Inspector General of Police, Kashmir, Vijay Kumar, said, “All three slain terrorists were affiliated with JeM terror outfit. Three AK 56 rifles and other incriminating material were recovered from the site of the encounter.”
Also Read | 2 terrorists slain in Kulgam; operations still underway
Kumar further said that incriminating materials, including the arms and ammunition, were recovered during this encounter. Kumar was quoted saying, “Three AK-57 rifles, eight magazines and some documents have been recovered from the terrorists.”
While one of the slain terrorists has been identified as being Waseem from Srinagar, the identities of the other two are being ascertained, he said. The security forces have eliminated as many as 16 terrorists in the first week of this year.