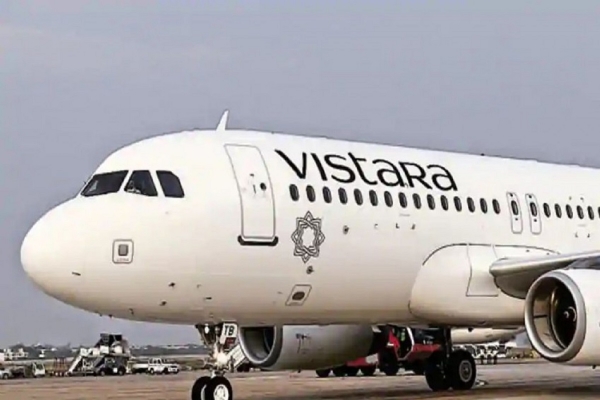 Vistara spokesperson, however,  said that the airline is adjusting "capacity to demand" in view of the "volatility" in the Indian aviation market due to the current COVID-19 wave and resultant restrictions imposed by the state governments.
ISRO Scientist Shibasish Prusty tweeted on Sunday that his Delhi-Bhubaneswar flight for February 5 has been cancelled and Vistara's customer care number is a "cheap gimmick" as it has been busy for last 48 hours. Another passenger Arpit Singh Khurana said on Twitter that his Delhi-Kolkata flight for February 12 has been cancelled by Vistara and his calls to the customer service number are going unattended.

A passenger, Sanjit Kumar Das, said that his Bhubaneswar-Delhi flight has been cancelled and he has been trying to connect with Vistara's customer service "without any luck".

In response to queries regarding rescheduling / cancellation of February flights, Vistara spokesperson said, "After a sharp decline in demand for air travel, due to the surge in Covid-19 numbers and restrictions imposed by various state governments, we are observing a marginal increase in traffic in February compared to the previous month."

He added, "However, in view of the volatility, we continue to closely monitor the situation and adjust capacity to demand."
To minimise inconvenience to customers, the airline is offering waiver of change fee for one-time rescheduling on all direct bookings with travel until March 31, said a spokesperson. Direct bookings are tickets that are booked directly with the airline and they do not include the ones booked through agent websites such as MakeMyTrip, Yatra, Cleartrip etc.
The spokesperson stated, "We are also assisting the impacted customers with rescheduling, refunds etc., as applicable. We have also advised and empowered our travel agent partners to extend support to customers, as and when required."