January 12, being the birth anniversary of Swami Vivekananda, is observed as National Youth Day.

Prime Minister Narendra Modi on Wednesday gave mantra of ‘compete and conquer’ during his opening remarks at inauguration of the 25th National Youth Festival in Puducherry. At the event, PM Modi said that the world has recognised India's 2 limitless powers of demography and democracy. 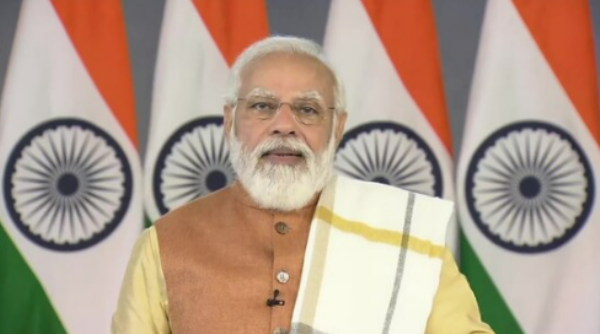 He said, “The youth of India carry democratic values along with demographic dividends. India considers its youths as development drivers.” January 12, being the birth anniversary of Swami Vivekananda, is observed as National Youth Day.
He added, “The year 2022 is very important for the youth of India. Today's youth have to live for the country and fulfill the dreams of our freedom fighters... The strength of the youth will take India to greater heights.”

The PM also inaugurated a technology centre of MSME ministry and Perunthalaivar Kamarajar Manimandapam, an auditorium with an open-air theatre in Puducherry, via video conference. The auditorium, that can accommodate over 1000 people, would be used for educational purposes. After inaugurating the technology centre, PM Modi said that the role of the MSME sector is very important in creating 'Atmanirbhar Bharat'.
PM Modi Atmanirbhar Bharat National Youth Festival National Youth Day