Hours after this incident, the accused, Nikhil Paily, a local Youth Congress (YC) leader, was arrested.

An activist of Students Federation of India (SFI), the students’ wing of CPI(M), was stabbed to death, allegedly by a Youth Congress worker, at Government Engineering College in Idukki, Kerala, on Monday. The victim, Dheeraj Rajendran (21), was a 7th-sem student of Computer Science and Engineering at the college, said the police. 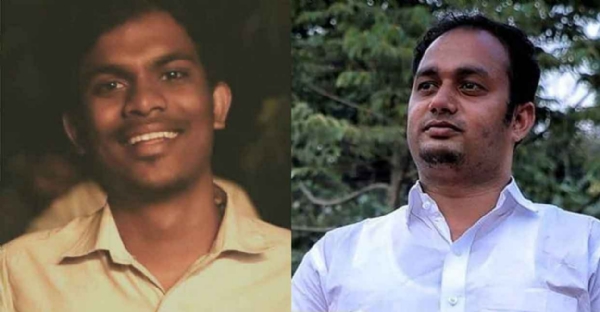 Hours after this incident, the accused, Nikhil Paily, a local Youth Congress (YC) leader, was arrested. According to the police, Dheeraj - a native of Kannur, was killed on the college premises soon, after voting for the election to the college union got over.
2 other students were seriously injured in the same incident. The injured victims were identified as Abjijith and Amal. One of the injured students’ conditions is serious. Murder of the SFI activist has led to a war of words between CPI(M) and opposition Congress.
Also Read | 3 JeM terrorists killed in overnight encounter in J-K's Budgam
Saying the murder was “extremely sad and highly condemnable”, Kerala CM Pinarayi Vijayan said, “Attempts to create violence in college campuses will not be allowed under any circumstances. Police have been directed to bring Dheeraj’s killers to justice as soon as possible.” The SFI called for a boycott of classes across the state on Tuesday.
Alleging that Congress workers caused violence in Kerala after Sudhakaran assumed office as the party’s state unit chief, Balakrishnan said, “In the last six years, CPI(M) has lost 21 workers - they were killed by Congress, BJP and SDPI [activists]. Sudhakaran is provoking the party workers to take up arms.” He also alleged that the murder in Idukki took place with the connivance of senior Congress leaders.
SFI activist Congress leader Kerala Idukki Students Federation of India