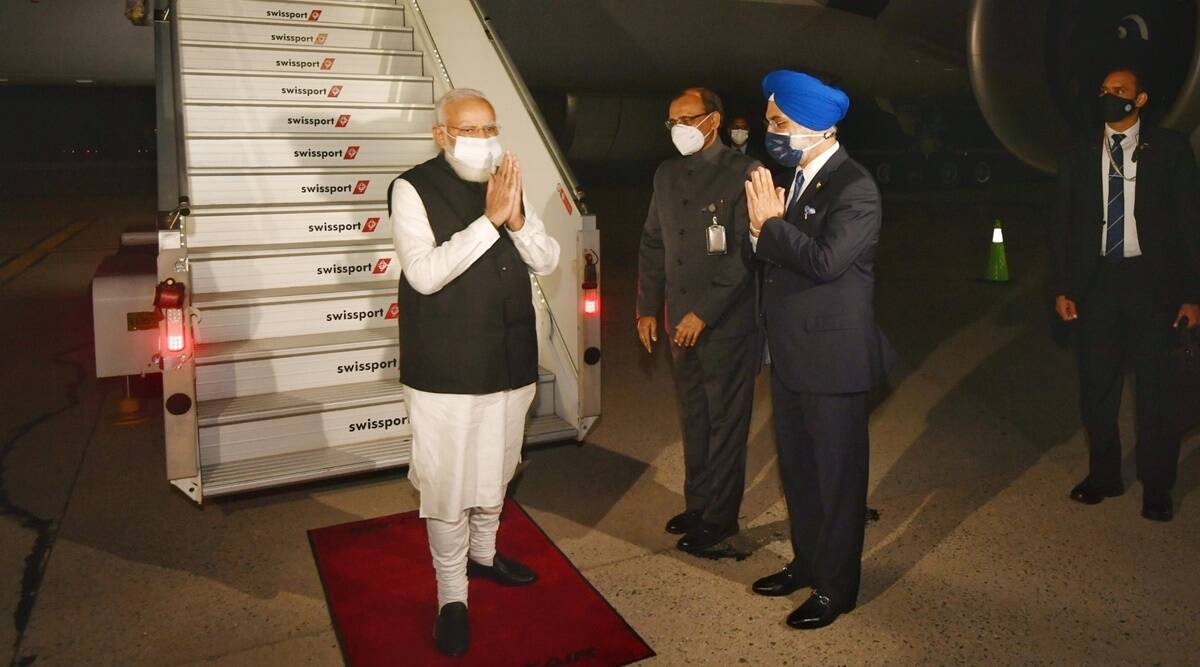 PM Modi, on Saturday, reached New York, where he will be addressing the 76th session of the United Nations General Assembly, (which went virtual last year due to the pandemic.)

PM Modi flew to New York from Washington after holding his first bilateral meeting with US President Joe Biden in Oval Office of the White House and attended his first in-person Quad summit, on Friday.

The PM and his counterparts Scott Morrison, Australia and Yoshihide Suga, Japan, attended the meeting of Quad leaders hosted by US President Biden in US capital.

Modi will be addressing the General Debate of the 76th Session of the United Nations General Assembly / UNGA on Saturday.

The theme for this year's General Debate is 'Building Resilience through hope to recover from COVID-19, rebuild sustainably, respond to the needs of the planet, respect the rights of people, and revitalise the United Nations'.

According to the second provisional list of speakers for General Assembly, around 109 heads of the state and government will address the General Debate in person and close to 60 will deliver speeches through the pre-recorded video statements.