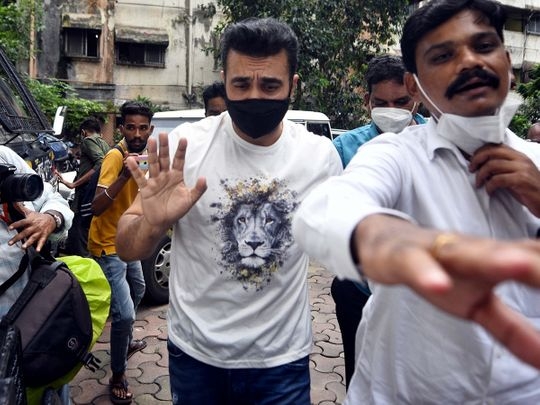 In the supplementary charge sheet made on this case, both of the accused have been declared missing by the crime branch, said Crime Branch.

Raj Kundra, along with his associate Ryan Thorpe, walked out from the Arthur Road jail earlier on Tuesday, a day after they got bail by a Mumbai Court in a pornography case.

Prior to that, on Monday, the Mumbai Court granted bail to Kundra and Thorpe, both on a surety of Rs. 50,000.

On Monday, the Property Cell of Mumbai Crime Branch had submitted a 1500-page supplementary charge sheet before Esplanade Court in connection with the pornography case against businessman Kundra.

The1500-page charge sheet contains statements of 43 witnesses, including those of Shilpa, according to information shared by Mumbai Police.

The statements of actors Sherlyn Chopra, Sejal Shah, several models and employees of Kundra's company too, have been recorded in the charge sheet. The charge sheet also includes the names of 2 wanted accused.