₹21,000 crore worth Drugs from Afghanistan seized at Gujarat port

₹21,000 crore worth Drugs from Afghanistan seized at Gujarat port 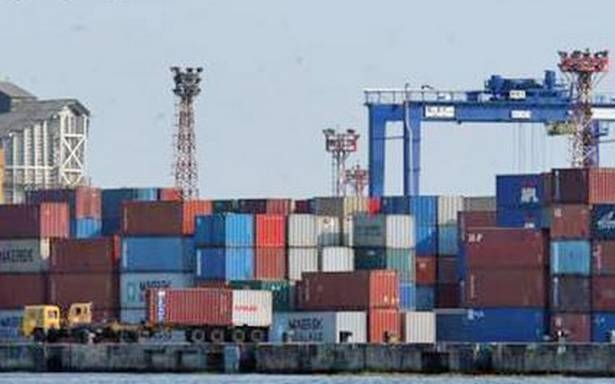 The Directorate of Revenue and Intelligence (DRI) has recovered 3,000kg of Afghan heroin worth approx. ₹21,000 crore in international market from 2 containers at Mundra port in Gujarat.

The consignment, originating from Afghanistan, (now under Taliban rule), was shipped to Gujarat on September 13-14 via Bandar Abbas Port, Iran. It was hidden inside the containers of semi-processed Afghan talc, imported by a firm based in Andhra Pradesh.

A Chennai-based couple has been arrested and several Afghan nationals from the Delhi-National Capital Region have been detained by agencies. They are being intensively interrogated for possible Taliban-ISI link, said an official.

The DRI on September 16-17 searched the 2 containers, exported by a Kandahar-based company, on basis of specific intelligence inputs upon which it found 1,999.58kg of heroin packed in 2 bags in one container and 988.64 kg heroin in one bag in another container. It was layered between the talc to avoid detection by security and customs officials.

Experts from Gandhi Nagar Central Forensic Science Laboratory (CFSL) examined this substance and found it to be “very high quality” heroin, likely originated in Afghanistan. Officials have estimated the worth of heroin at ₹7 crore per kg in international market, which makes it the largest seizure in India, ever.

Following the recovery, searches have been carried out at several places, including Delhi, Ahmedabad and Gandhidham in Gujarat and in Andhra Pradesh.

Several Afghan nationals have been “picked up” and are being questioned about suspected links with the consignment / its smugglers, the officials said.

Intelligence agencies believe that Pakistan in the Taliban are trying to push Afghan heroin into India to shore up finances for terror activities.

The Afghanistan government had briefly banned the export of talc in 2015, which are a major source of funding for both Taliban and Islamic State Khorasan Province (ISKP) as they get $10 to $12 per tonne mined talc, used in baby powder, in Nangarhar, Sherzad and Achin areas, said a counterterrorism official who asked not to be named.