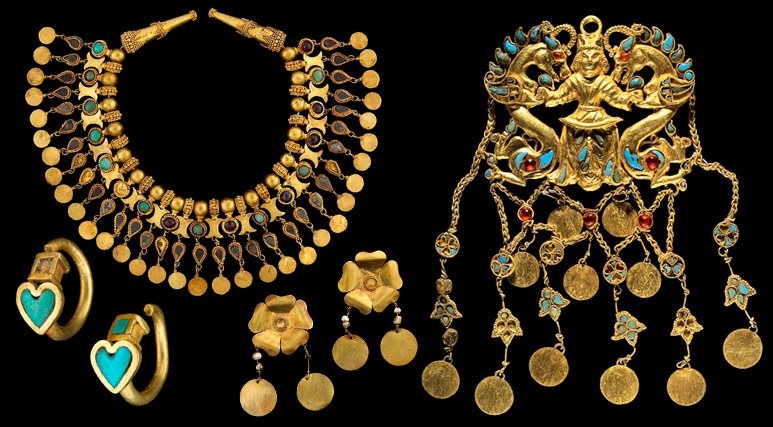 Taliban Ministry of Information and Culture said that they have started efforts to track, locate the Bactrian treasure. It is also called the Bactrian Gold and was discovered 4 decades ago in the Tela Tapa area of Sherberghan district. This was the centre of northern Jawzjan province.

Ahmadullah Wasiq, (deputy head of cultural commission of Taliban interim cabinet), said they have assigned departments which are relevant, the task to find, check on the Bactrian treasure.

He said, “The issue is under investigation, and we will collect information to know what the reality is. If it has been transferred (out of Afghanistan), it is treason against Afghanistan. The government of Afghanistan will take serious actions if this and other ancient items are moved out of the country.”

Scholars say that the graves belonged to 6 Asian nomads, 5 women and 1 man, according to National Geographic. National Geographic said in 2016, “The 2,000-year-old artifacts found with them exhibit a rare blend of aesthetic influences (from Persian to classical Greek) and the great number of precious objects found surprised the archaeologists, in particular the intricate golden crown found in the sixth tomb.”

This Bactrian treasure was carried to presidential palace by former government in February 2021. It was put on display for public viewing. But after the collapse of former government, there were concerns raised over its safety.

Kabul residents said that the Bactrian treasure is a national asset and should be protected.