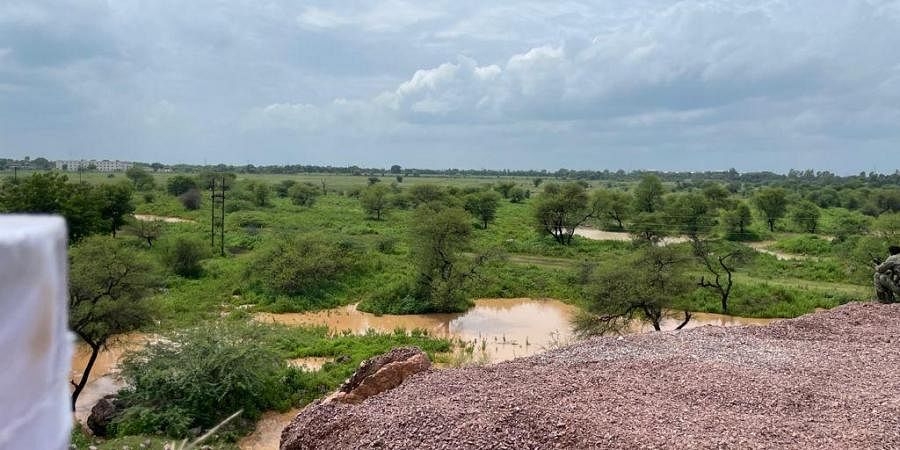 Chattisgarh is about to be accomplishing an action plan which is to develop the nation’s biggest man-made forest on a vast area. The forest will be made on the abandoned and non-functional mining belt, for the most part. This is at Nandini in the Durg district, close to 55 km from Raipur.

This ongoing and exceptional initiative is to transform these unproductive and mined-out areas into the beautiful, natural habitat of the jungle, stretching across 3777 acres.

Till now, around 1120 acres in this region have been transformed into a forest are. This year, more than 83 thousand saplings, of around 30 different species, (including medicinal), were planted under the special drive in the 895 acres by the state forest department.

Chief Minister Bhupesh Baghel, during his inspection here, also planted a banyan plant as a symbolic gesture under the Jan Van programme held here. The cost of the whole project was to be Rs 3.37 crore.

Rakesh Chaturvedi, who is the state Principal Chief Conservation of Forests or PCCF, said, “It’s a new concept based on environment conservation and been executed with Miyawaki, a Japanese technique that helps in creating dense self-sustaining native forest where the plants as natural and multi-layered grow much faster (around 10 times). Once completed the Nandini forest will be the biggest man-made forest in the country. The project has been chalked out at the behest of the chief minister.”

Owing to the excavated sites of the mines, (which usually were made of dolomite-limestones), large water reservoirs are built inside the forest.

Besides, this area also serves as an ideal habitat for birds owing to the massive wetland present here in the region. The migratory birds from the Eurosiberiman areas too, were spotted here. This project is highly likely to be taking a comprehensive shape in the next couple of years, added the PCCF.

There is no lack of abandoned mines deserted with no effective reclamation being done here in Chhattisgarh. Using up this land to build entire forest areas instead, is the best way to make use out of it. Restoring the lost eco-systems is the need of the hour for the whole world. The efforts put into this are truly needed. This new forest will completely transform the area and make it into something the area hasn’t looked like in long time.

At Nandini, the future plan is also to develop the site to be eco-ethnic tourism. This will also include landscaping, the promotion of water sports, and cottages for stay. Close to 44% of the state land is currently under forest cover.

This was about the biggest man-made forest that is now being made in Chhattisgarh. This forest will be a step towards bettering our deteriorating eco-system. More such forests should be definitely made in more such places across the country. If you know of any more such man-made forests in progress, do tell us in the comments below. Do visit the space for more such stories!