Jharkhand teachers’ Innovative model to be shown in Delhi

Jharkhand teachers’ Innovative model to be shown in Delhi 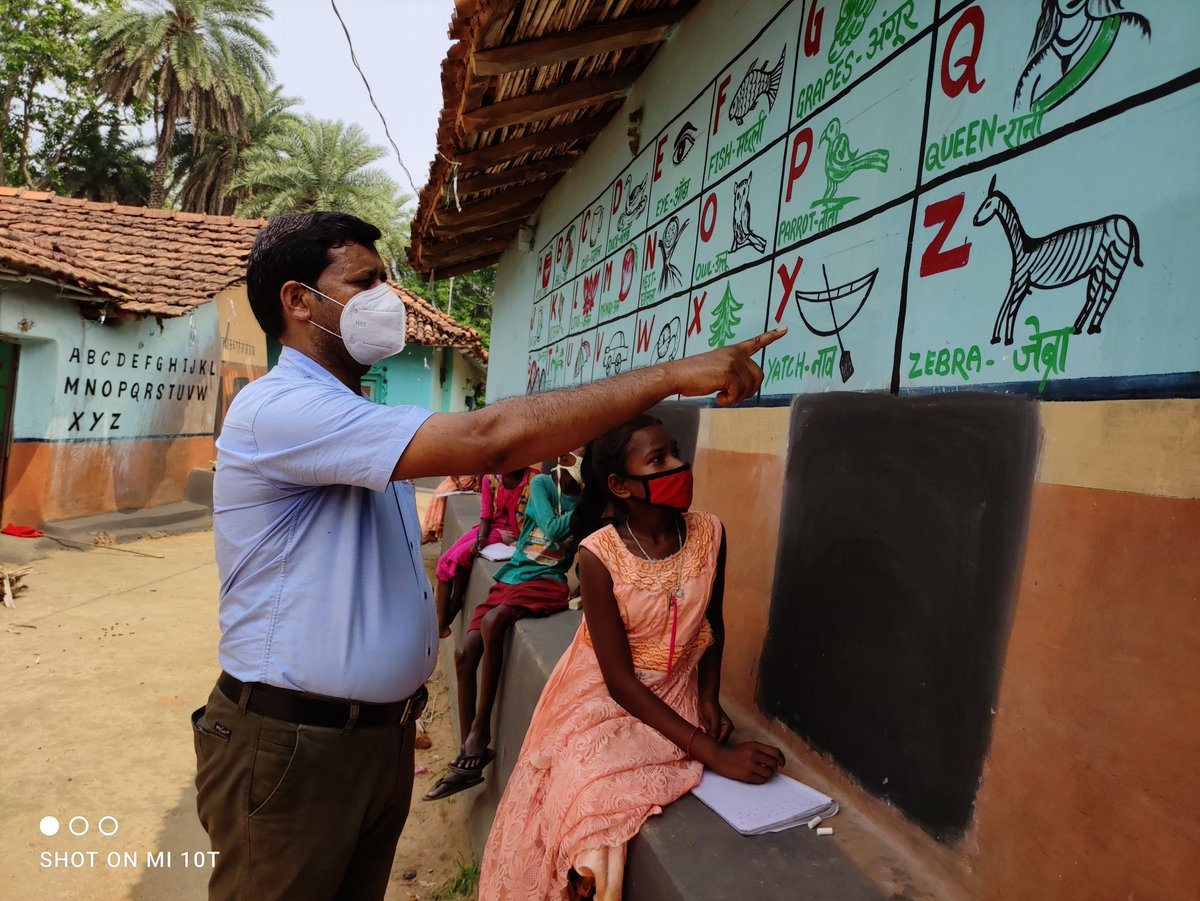 Sapan Kumar, a teacher from Jharkhand, has been invited by the Deputy Chairman of the Rajya Sabha, Mr. Harivansh Narayan Singh, to display his model of teaching in New Delhi. Sapan Kumar was recently in the headlines for turning a whole village into a classroom and mud walls into blackboards.

He is the principal of the ‘Utkramit Madhya Vidyalalya’ in the village of Dumarthar in Dumka.

Just recently, Prime Minister Modi too, applauded the initiative which this village took by doubling the village walls as black boards for the school students here.

Majority of the students do not have access to smartphones to attend online classes. Hence, the teachers of this tribal village took the efforts to transform the entire village into a classroom where the walls are used as black boards. The students solve their assignments through loudspeakers.

According to the deputy Chairman, the model which Sapan Kumar has adopted is the natural way of teaching. When talking over the phone with Sapan Kumar, he also expressed his willingness to visit Dumarthar village to see his model of teaching in person, whenever he visits Jharkhand.

He said that this was actually the real education which makes India and the world move forward. He congratulated Sapan and invited him to Delhi so that everyone else too, can know more in depth about his innovation in the education field. Harivansh also added that he would discuss this new approach of teaching students who didn’t have access to smartphones, with his colleagues in the Rajya Sabha.

Sapan Kumar said that the Deputy Chairman was extremely happy with him and praised his model of teaching very much.

He said, “The Deputy Chairman was so impressed with this model that he told me that he will be discussing it with his colleagues in Rajya Sabha and others at different platforms. Then, I told him that this model is actually meant for the poor and underprivileged children which could be adopted by state or County.” For his brilliant innovation, Sapan was also nominated for National Teachers’ Award. His model is earning praises from intellectuals, teachers not only in India, but from all over the world.

The Chinese tv network CCTV, also telecast a documentary on the innovative approach of Sapan Kumar.

Sapan is also making children self-sufficient. The children bring chalks, mats, etc. on which they sit during classes. They also making brooms themselves, in order to keep the place clean all on their own, with whatever kind of resources they get naturally in their area.

This was about Sapan Kumar and his amazing new approach of teaching students who cannot learn through online mode of education. His method is truly commendable. More places in the world should adopt this method to teach those without access to devices, in order to still provide quality education to the children. Comment down below your thoughts on the same. Do visit the space for more stories like these!