Ganesh Idols made by convicts become a Hit at Puducherry

51 beautiful Ganesh idols which sold out in minutes, as part of their major prison reform programme.

Ganesh Chaturthi comes as a blessing for the convicts in Puducherry Central Jail, Kalapet. These convicts have made as many as 51 beautiful Ganesh idols which sold out in minutes, as part of their major prison reform programme. 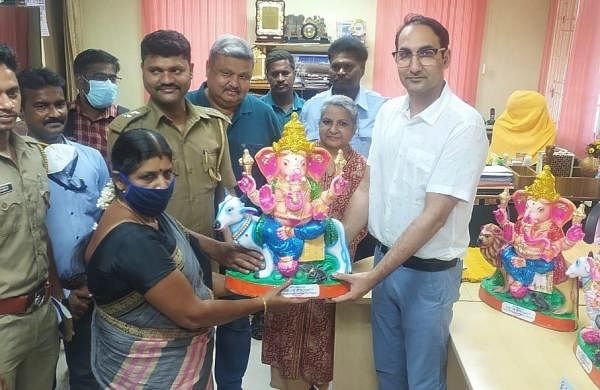 The reforms started in July, in efforts to make Puducherry Central Jail a model prison in association with the Sri Aurobindo Society, said the Inspector General of Prisons, Mr. Ravideep Singh Chahar. But Ganpati idol making is just one of the many activities which are introduced here. A few more include weaving and yoga which keep prisoners occupied and also gives them something to look forward to in life, Chahar says (the prisoners performed yoga during the Independence Day celebrations).

Those prisoners who did volunteer to learn were given training, which followed the making of the idols in various sizes and designs with the trainers’ assistance, he adds. Chahar said that, "It became a huge success with all being sold in five minutes and demands for more coming up." The prison officially launched these products under the slogan of 'The second chance, live life with dignity'. The prison also wants to set up organic farming, a bakery section, canteen and a goshala. These are to not just keep the prisoners engaged but to also impart essential life skills so that once they walk out of the prison, they too can earn a livelihood for themselves, he said.

A library is also being proposed to set up in the prison premises. In order to improve the mental health of prisoners, psychological counselling has also started in association with Pondicherry Institute of Medical Sciences (PIMS). 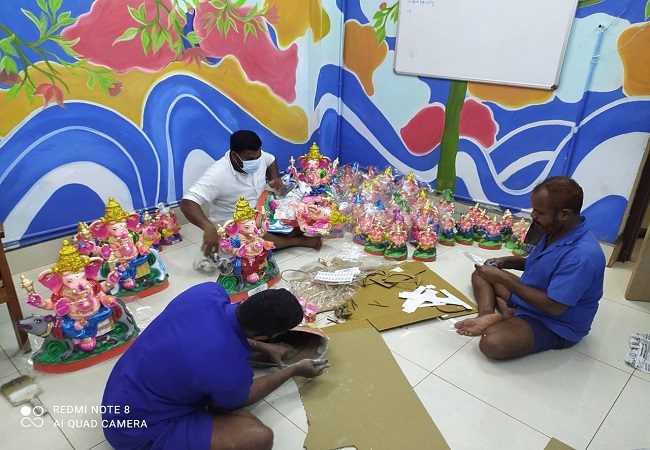 Dental camps are too being conducted in association with a charitable trust. Music and dance therapy has been introduced, as a part of dealing with stress among prisoners. Aloka Nanda, who have achieved success in prisons in West Bengal has started dance and music therapy, which does have a therapeutic effect on the convicts. The main focus here is on engaging them in as many activities as they possibly can, based on their liking (on a voluntary basis), and improving their mental health, reducing stress and imbibing in them life skills to bring a change in their mindset, said Chahar. Several reforms have been brought about, on the administrative front too, starting with an 8-hour shift for the prison staff, instead of round the clock duty. A total of 25 wardens were employed to address the scarcity of staff. More CCTV cameras and cell phone tower blockers have too, been installed.

This was about the proactive prisoners at the Puducherry Central Jail who are doing so much to improve themselves and do something for others. Comment down below your thoughts about this and if you think more such reforms should be brought about in prisons. Do visit the space for more such interesting stories!