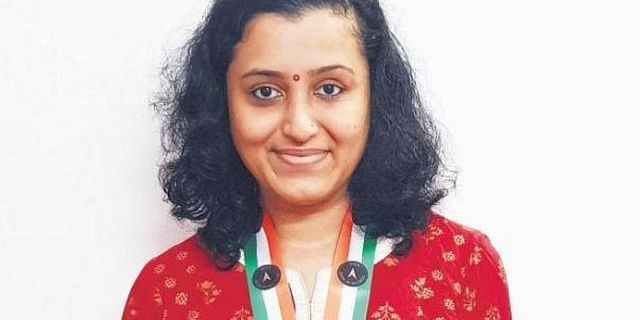 Anju Sajith, a young writer, wanted to put the extra time she got during the quarantine to the best and the most creative use as possible. What she didn’t know was that her efforts would land her a place in the India Book of Records with the Tamil poet and write Bho Manivannan, for writing a unique and brilliant novel.

These two writers wrote the chapters of their book Ven Tharishu Nilangal in each other’s mother tongues. Anju wrote some chapters in Malayalam and Manivannan wrote the novel in Tamil. In less than a month, both writers had published the book in their own regional languages. Anju says that her efforts towards her novel were to revive the art of writing during the long days of the lockdown.

Manivannan is actually a college professor based out of Ooty. Anju read the Malayalam version of one of his Tamil poems and it gripped her. She was completely fascinated by it. They then connected on social media, as Anju reached out to him. There, she found out that the professor was planning on writing his very first novel.

It was his own idea to write half the novel in Tamil and the rest of it in Malayalam. Though it did sound a little weird to Anju before, she decided on giving it a try as this was something unique in literature to both of them. Anju has been a Malayalam teacher at a school in UAE for 12 years.

She says that writing the same novel in two languages was definitely not an easy task. The basic issue was that they both did not know how to read each other’s mother tongues. What they both did was that he would send her his part of the chapter through voice messages. After understanding the meaning of it, Anju completed the rest. She read her parts of the novel to him in the same way.

This half-Malayalam and half-Tamil book is about Tamil culture and the rural lives led by the protagonists Marvarman and Isabella. Both books were published by Unicode Self-Publishing Co and Notion Press respectively.

These two writers have not only inspired people to achieve but also made them realise that the possibilities of social media, if used astutely, are vast. Anju says that she has never met Manivannan in real life – all the discussions they had about the novel, happened through social media.  So, if used wisely, the possibilities on the platform are endless.

This was about these two brilliant writers who used their creativity to the fullest and brought to life the most unique novel for the world to read. Their well-deserved efforts got their name into the India Book of Records. Their story proves that if used properly and wisely, social media can be of the greatest help to the world. If you know of any more such inspiring people, tell us in the comments below! Do visit the space for more such interesting stories!