Toddler having Genetic Disorder Gets Rs. 16 Cr Injection for Free from USA 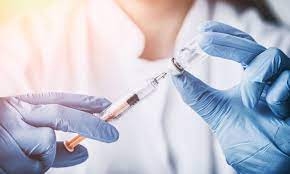 Shivraj Daware, suffering from Spinal Muscular Atrophy (SMA), received Zolgensma which is a gene replacement therapy, through a lottery.
Shivraj Daware, who is from Nashik, Maharashtra received a Rs. 16 Cr injection which was life-saving for him, for free. This drug is one of the most expensive ones ever for a rare genetic disorder, and Shivraj received it for free from a firm in USA, completely free of cost. Shivraj’s parents said that he is the first patient of Spinal Muscular Atrophy (SMA) from India, who received Zolgensma which is a gene replacement therapy, after winning a lucky draw.
Shivraj’s family comes from a middle-class background in Mumbai, and there, Dr. Brajesh Udani suggested for Shivraj the Zolgensma injection to save his life. Arranging such a big amount for Shivraj’s father was nearly impossible as he ran a photocopy shop in Nashik. But Dr. Udani suggested his parents to apply for the lottery to be brought out by the USA based firm that conducts clinical trials. If the family got lucky, they would receive the injection for free.
On December 25th of 2020, Shivraj got selected by the firm for the injection in the lucky draw. On January 19th of 2021, Shivraj was administered the drug at Hinduja Hospital.
Dr. Ramant Patil, who treated Shivraj before, said “SMA 1 is a genetic disorder. One out of 10,000 children gets affected by the disorder. It slows down the movement of the child and the muscles stop working. Later, it leads to the death of the child.”
Shivraj DawareToddlerInjectionUSADr. Ramant PatilNashik