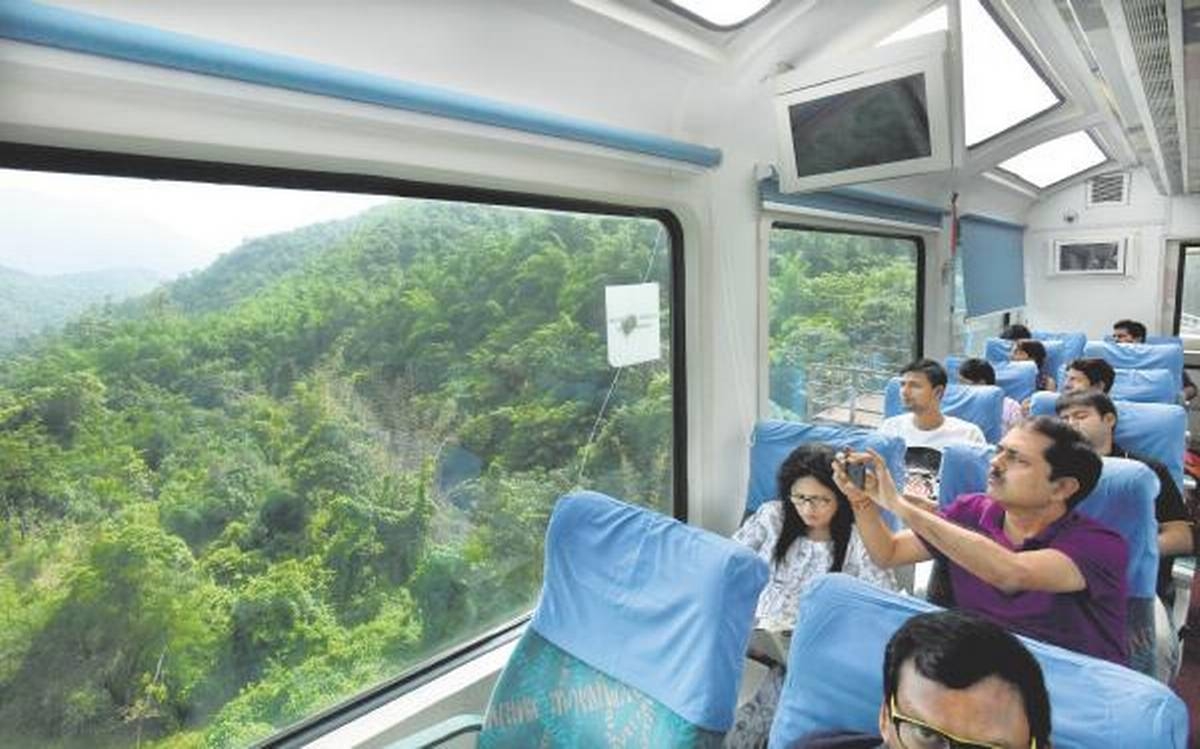 The Indian Railways is ready to begin 2 Vistadome train services in Assam and West Bengal starting Saturday. The Northeast Frontier Railway (NFR) says the Vistadome tourist special trains will run between Guwahati-New Haflong in Assam, and New Jalpaiguri-Alipurduar Junction in North Bengal.
The New Jalpaiguri-Alipurduar train is to have a Vistadome coach, two air-conditioned chair cars and two non-airconditioned chair cars, apart from a luggage car and a power coach, said a railway officer. The train will run 3 days a week - Fridays, Saturdays and Sundays.
The offic ial added that the Vistadome coach in New Jalpaiguri-Alipurduar train with a (44-seating capacity) will have a fare of Rs. 770, the air-conditioned chair cars will cost between Rs. 300-400 per seat, and a non-AC seat will cost Rs. 85.
It has huge windows and transparent roofs, which enables a view completely obstruction-free of surroundings. The official said that there are jungles, wildlife and tea gardens on the route between NJP and Alipurduar. This gives tourists the opportunity to view the natural beauty of Dooars.
The Vistadome train service between Guwahati and New Haflong is initially set to run twice a week - on Wednesdays and Saturdays (with stops at Manderdisa and Maibong stations).
NFR manager said that the Vistadome trains will help tourists experience the scenic beauty and to display the cultural heritage of the region during their journey. They are hoping that the joint effort with the tourism department will help boost the tourism sector and with local economy.
NFR chief PR officer Guneet Kaur said the introduction of Vistadome trains will help generate additional revenue for railways and also for local people belonging to these areas.