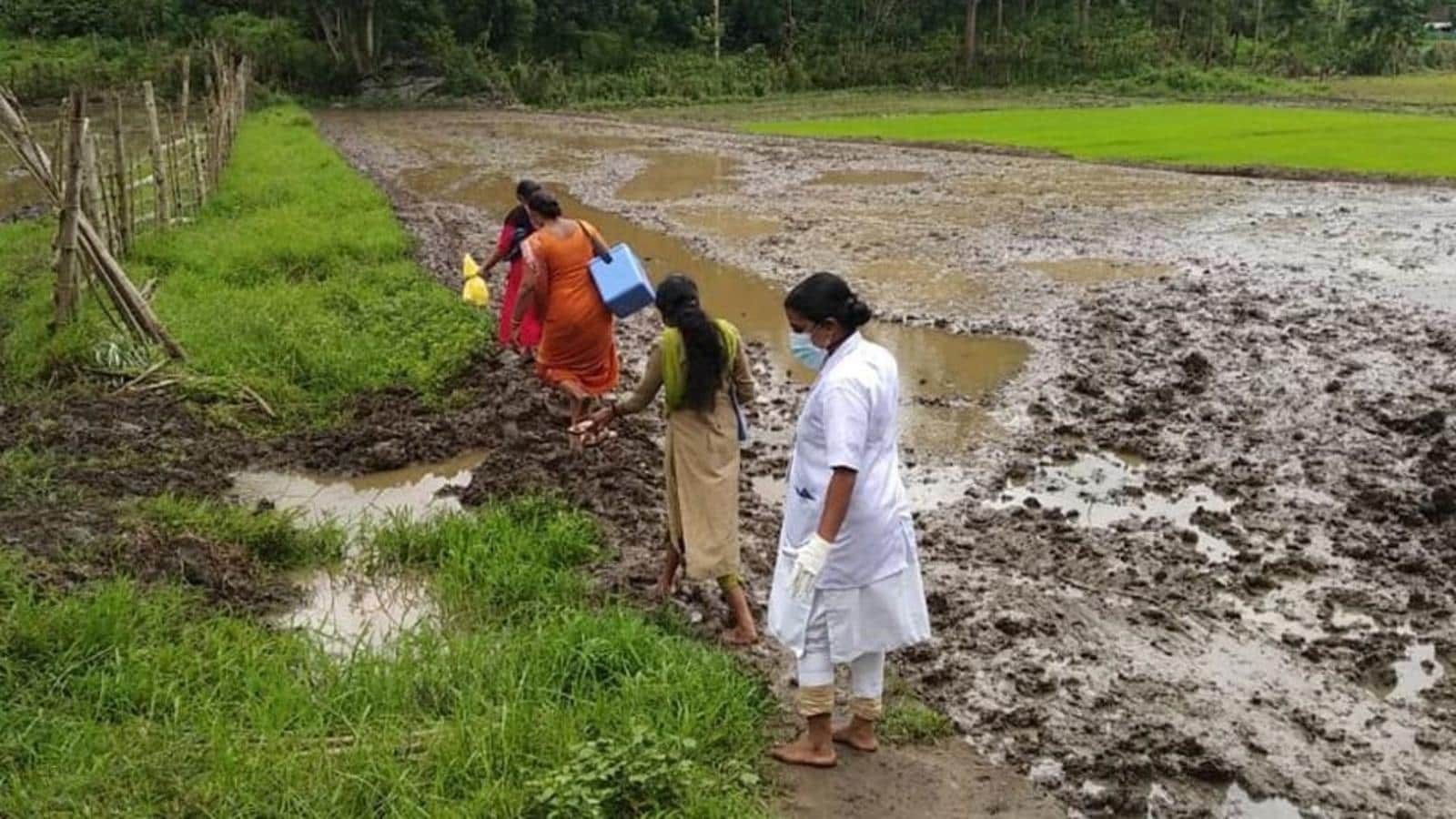 Over 6.16 lakh citizens out of the 6.51 lakh which were in target in Wayanad, Kerala received the first dose of vaccine in the district.
Wayanad is the first district in Kerala to vaccinate all of the adult population here with the first dose of the vaccine for Covid-19. Veena George, who is the health minister here, said that the everyone above the age of 18 aka all the adults have been vaccinated. Those who did not get vaccinated were the people who recently got tested positive for Covid, or those who were in quarantine and those who simply refused to get vaccinated.
Over 6.16 lakh citizens out of 6.51 lakh which were in target in Wayanad in Kerala have received the first dose of vaccination in the district. As for the second dose, more than 2.13 lakh citizens have received the it which comes to being around 31.67% of population in the district.
Wayanad organised massive vaccination camps to be able to achieve this huge feat that not many other districts in the country have been able to. Some special Mega Campaigns too were organised which successfully vaccinated 1,00,000 people per day. For the rural areas, arrangements for special mobile units were made. 28 such mobile units were arranged in the tribal hamlet areas in the district. Holding 4 primitive tribes, Noolpuzha happens to be the second largest tribal-populated local body in the state. It now holds a 100% vaccination status.
There are 30,000 individuals from the panchayat - 22.616 & are above 18. Of these 21,964 have been inoculated. Some working in other areas have too been inoculated, said a senior officer from the tribal department.
Those in remote areas were brought to schools by vehicles which tribal department provided. Those who could not reach camps were inoculated in their own colonies, the CM said. For some who didn’t have their ids / Aadhaar, special arrangements were made in Cowin App to register them using the reference of an individual in the same colony.
The Health Department said that they vaccinated 636 bedridden patients by going to their houses to give them the dose. The Health Minister acknowledged the district admin, health workers, Asha workers, Tribal Department & the Kudumbasree workers for achieving this.
On 15th of August, Sunday, 497 people did test positive in Wayanad. The rate of test positivity has gone up by 20.07%. As of now, 6616 people are under treatment & 5123 are in home isolation. Till now, 6,47,284 people have tested positive for Covid-19 since the pandemic first started.
This was about how an entire district in Kerala was successfully vaccinated. The efforts of the health authorities must truly be applauded for reaching the remote areas and vaccinating the adults through all the difficulties they may have faced. If you know of any more such people who achieved some feat through all challenges, tell us in the comments below. If you enjoy such articles, visit the space for more!