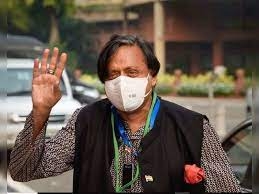 Shashi Tharoor’s (Congress leader) legal team has advised him to steer clear off the “media circus” & stay away from making any kind of public statements that may create misperception. This will go on to induce public debates during proceedings in the case related to his wife Sunanda Pushkar’s alleged suicide, said his lawyer Vikas Pahwa. On Wednesday, a Delhi court dropped all charges against Tharoor.
Pahwa said, Tharoor’s legal team had requested the magistrate to keep investigation papers confidential. He must not share them in order to evade media trials. His words were - the media was running a “full-fledged media trial parallel to the investigation”. He also said the media have the right to report the court proceedings - but not to analyse the evidence and pass judgement even prior to the starting of the trial. He added, “the media were doing a disservice to the justice system by generating adverse public opinion”.
The court did not find any material against Tharoor that proved his actions caused Pushkar’s alleged suicide. Pushkar was found dead inside a hotel in New Delhi in January of 2014. Pahwa said the court’s order has strengthened their confidence in the criminal justice system wherein trial courts can exercise power to reject the flimsy charge sheets filed at the very inception of the trial.
Pahwa’s lawyer team include Gaurav Gupta & Mohammad Ali Khan. They were also included in Congress’s legal team.