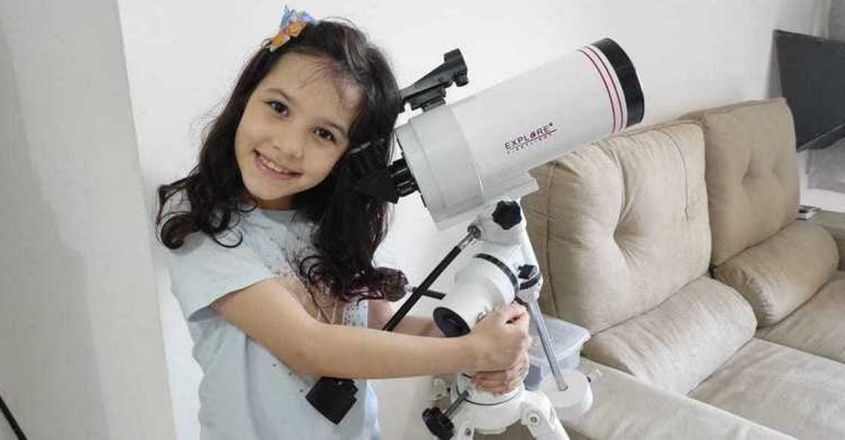 Nicole Oliviera has discovered 7 asteroids when she had participated in a citizen program called as ‘Asteroid Hunt’.
A 7-year-old girl from Brazil named Nicole Oliviera has discovered seven new asteroids – this makes her the youngest astronomer in the world ever. Nicole lives in Alagaos, Brazil. She took part in the International Astronomical Search Collaboration known as ‘Asteroid Hunt’, which is basically a citizen program, which NASA is also a part of. Her participation in this program has led her to her surprising discovery of 7 different asteroids and hence now is the youngest astronomer. She was also presented with a certificate for it, according to a Brazilian media website. 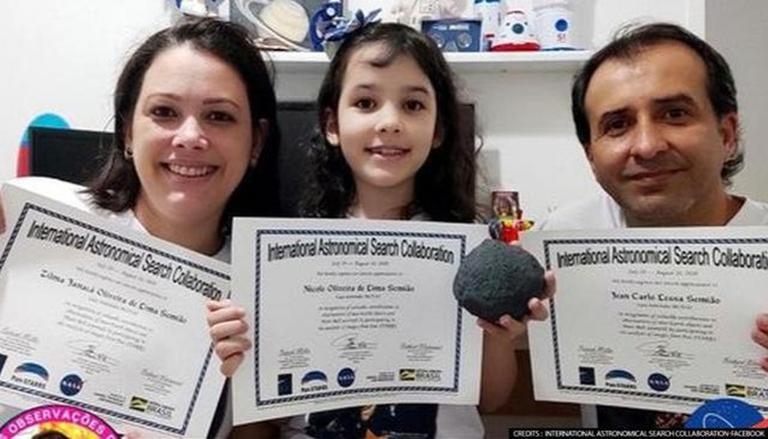 Nicole has always loved and been interested in astronomy as a subject, and not many would understand her passion for it. When Nicole was 2, she requested her mother to fetch a star for her. Zilma Janaca, her mother, got for her a few toy stars. She realized her daughter’s love for astronomy then. All of the stars, especially Saturn charm her a lot, but she loves to study asteroids the most.
Nicole is also the youngest member of the Alagaos Astronomical Study Centre or Centro de Estudos Astronômico de Alagoas aka the CEAAL. Nicole’s achievements are far more than what they would seem to be at such a young age.
Moreover, she has given lectures regarding astronomy in various schools too, as well as events. Most of those events have been conducted online due to the Covid-19 restrictions. In June, she was asked to & she delivered a lecture in the 1st International Seminar on Astronomy and Aeronautics upon the request of Brazilian Ministry of Science. They invited her to this seminar after getting to know about the fact that she is the youngest member of the CEAAL.
Nicole also has own YouTube channel, where she makes videos related to astronomy. She has made this channel with 3 of her friends who are also astronomy enthusiasts and on there, they discuss topics such as asteroids and space and a lot more. In the future, she says she would like pursue being an aerospace engineer and build rockets, carrying astronauts to important space missions. Nicole’s accomplishments show that you can achieve anything at any given age if only you put in the right efforts & take initiative. She is showing that young people too, can compete with the pros on many different levels.
This was a little about Nicole Oiliviera from Brazil, who, at the tender age of 7, has achieved more in the field of astronomy than most adults would only dream of. She is a huge inspiration to both young and adult individuals who want to pursue their passions. If a 7-year-old can achieve such a feat, then so can you! As they say, age is just a number. If you set your mind to something, you are highly likely to achieve it. If you enjoy such content, do visit the space for more!
AstronomerBrazilian GirlWorld’s Youngest AstronomerYoungest AstronomerNicoleNicole OlivieraCEAALAsteroid Hunt