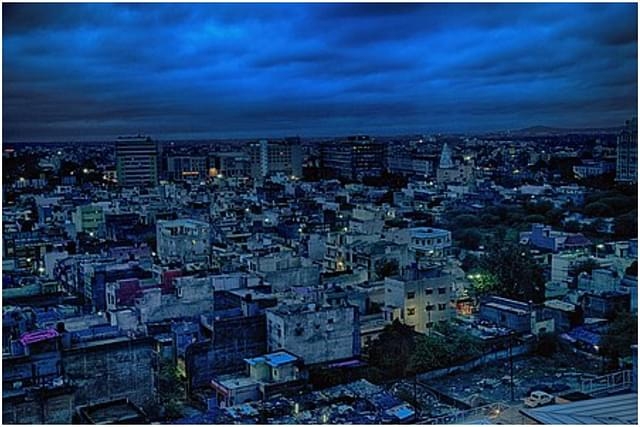 According to the Swacch Bharat survey, Indore is India’ cleanest city. It now has added another feather in its hat as it has now also become India’s first ‘water-front’ city too!
Swachh Bharat Mission guidelines, “A city/ward/circle/zone can be declared as water-plus provided all wastewater released from households, commercial establishments, drains, nullahs, etc is treated to a satisfactory level (as per CPCB norms), before releasing the treated wastewater to the environment.”
On the 11th of August, the Madhya Pradesh Chief Minister, Mr. Shivraj Singh Chouhan congratulated the citizens of Indore on their amazing achievement, through a tweet. The tweet said, “Heartiest congratulations to the citizens of Indore as it becomes the first SBM Water+ certified city under #SwachhSurvekshan2021. Indore has been an example for the whole nation for its determination and dedication towards cleanliness. May it continue bring glory to the state!”
To achieve this commendable feat, the Indore Municipal Corporation tapped more than 1,746 public & 5,624 domestic sewer outfalls. The Kahn and Saraswati rivers were also freed from the sewer lines due to this project said the Indore district collector, Manish Singh.
The Indore Civic Commissioner, Pratibha Pal said that 7 sewage treatment plants were constructed in the city. More than 110 million litres of (treated) water from these sewage treatment plants is now being put into use per day. 30% of the recycled water from the sewer is re-used by those at construction sites & also by residents for gardening, said the municipal official.
Moreover, 147 special kinds of urinals have been installed in Indore. Pal also looked over the process of cleansing of all the water bodies like ponds & wells. People living on the banks of drains in Indore connected the outfalls of their homes in the drainage line at their own personal cost. The municipal corporate commissioner said, close to 7000 public & domestic sewer outfalls were stopped, & rivers were rid of the sewer lines.
The city has also been declared as the cleanest city in India for the past 4 years (consecutively) under the Swachh Survekshan, which is a survey that is conducted under the Mission of Swachh Bharat.
A Water Plus city is basically a city certified for maintaining cleanliness in rivers & drains which are under its administration. According Union Ministry of Housing &Urban affairs’ toolkit and the protocol - a city can be only declared as Water Plus only after all of the waste-water let out from households, commercial establishments, etc. is treated to a satisfactory level before being released into the environment containing treated wastewater.
This was a little about Indore being the first Water Plus in India. This is a true mark of honour for India and its citizens and most of the other cities can definitely take some serious inspiration from this. Most of the places in India, be it roads or water bodies of any kind, are over polluted. Taking initiative to clean up our country is the key to make every city India as clean as Indore is. If you know of any more places in India, tell us in the comments below. If you enjoyed such content, do visit the space for more!
IndoreIndia’s First Water-Plus CityWater Plus