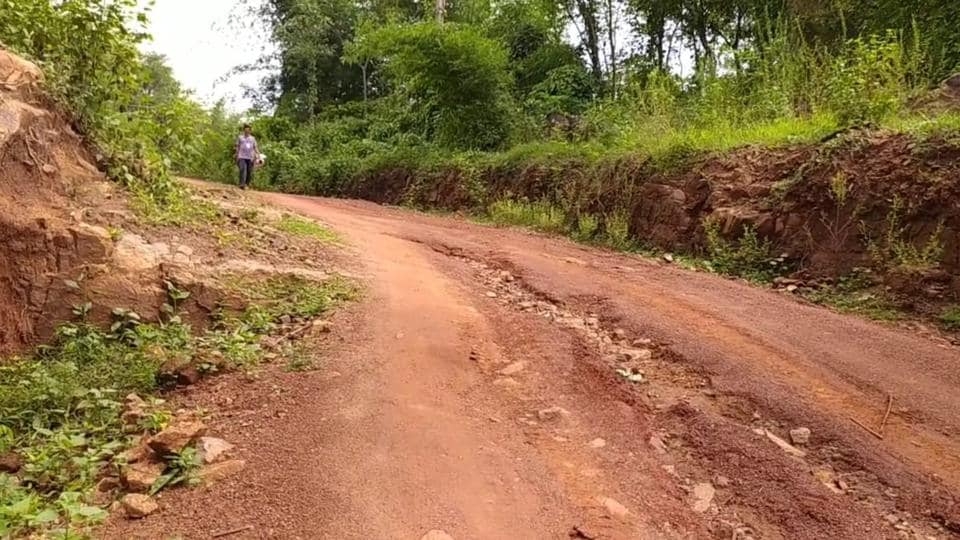 Harihar Behera, a resident of Tulubi village, in Odisha has built this 3 kms road with the help of his brother.
Harihar Behera, who is a native of Tulubi in Odisha, has built this 3 kms road over the span of 30 years. Behera, along with some of the villagers, had approached the authorities to build a road that would give a better connectivity to the village but their requests went unseen. All the villagers wanted was a walkable road so people wouldn’t lose their way through the forest. Nothing concrete came out of these requests.
When Behera’s relatives came to visit them in the village, they would often lose their way and get lost in the forest area. He used to ponder over the thought of a possible solution for this problem. In the end, he decided to build this road himself.
He and his elder brother used to work on constructing the road after finishing their agricultural works. All they had was a hammer, a crowbar and a hoe. They used these to carve the road. Then they cleared some of the forest area to make way for the road. They even tried to break down the larger rocks in the area with explosives. But they figured out the blasting wasn’t good for the nature, so instead they started hammering down these rocks. After all of the efforts they put in, the road is now finally complete & built.
Behera decided to take these matters in his own hands after the authorities failed to help them or take any action for the villagers. He had started carving out this road almost 30 years ago. After finishing his farm work, he used to go to build the road with his brother. Unfortunately, his brother died of a kidney ailment. Hence, Behera had to carry forward the work himself. Finally, the 3 km road has been built and solved a lot of problems of the residents.
One of the residents of Tulubi, Dinabandhu Dani said that after the authorities said that no one can actually construct the road to the village, Behera started doing the job himself. All of the villagers too help him do it.
After his own village, he also extended help to build another road in another village, as there are dozens of villages facing the same issue. But this time, the authorities stepped in and extended their help in constructing the road.
This was a little about Harihar Behera and how he built an entire stretch of road over 30 years, for the sake of the people. His story is extremely inspiring and we can all learn something from it. When we want some things done, more often than not, we have to take the matters into our own hands. Doing such a noble deed has Behera earn a genuine applause. Dedicating three decades of your life to building a road is not an easy task, but he did it. If you know of any more such inspiring people, tell us in the comments below. If you enjoy such content, do visit the space for more!