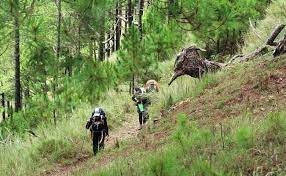 Nikunj Jaiswal, who is a trekker hailing from Rajasthan, along with his 2 companions, has gone missing at the Ghepan Peak.
3 trekkers have gone missing at the Lahaul-Spiti district in Himachal Pradesh, a senior officer said on Thursday. Sudesh Kumar Mokhta, who is the State Disaster Management Director said that the trekker from Bikaner, Rajasthan, Nikunj Jaiswal and his 2 companions trekking with him, all went missing at Ghepan Peak.
The details of the other 2 companions of Nikunj are not known as of now. The information which the Sissu police check-post received was that Nikunj and his 2 friends, who had come from Rajasthan were staying at the Hotel Triveni in the village.
On Monday, the three left for their trek at Ghepan Peak Lake but were supposed to return on the 29th of July, the officer added.
Alas, Nikunj and his friends did not reach their destination. The officer also said that the search for these 3 individuals has been begun and is going on.
Along with the trekkers, in the cloud-burst and landslide in Lahaul-Spiti, more than 200 people are stranded her. A national highway has been blocked due to a huge landslide that happened in Sahib in Sirmaur Paonta.
Nikunj Jaiswal3 TrekkersSpititrekkingGhepan PeakSpitiTrekkers