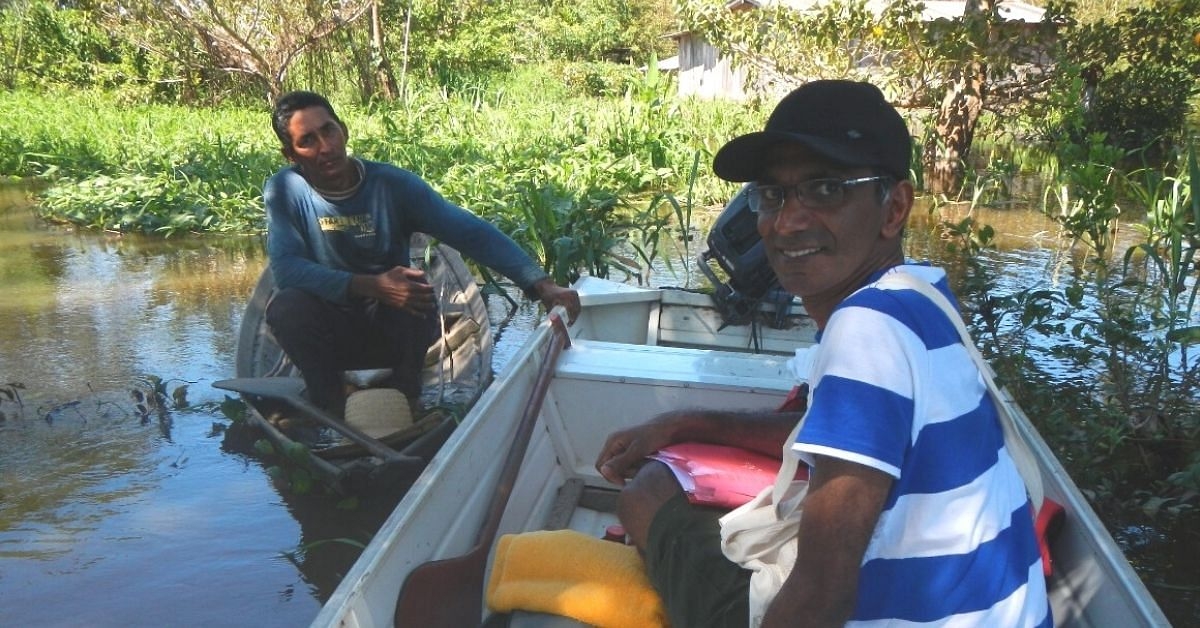 Kerala born Shaji Thomas went as an exchange student to Brazil, but stayed there in order to protect the rain forest of Amazon. Along with that, he also saved rights of more than 60 communities residing in the heart of this area.
When Shaji was in his mid-twenties, he was working at Quilombola Community amidst the lush green forests of Amazon in Brazil. The Community are people from the descendants of the Afro-Brazilian slaves who escaped from the slave plantations in Brazil & ran into the forests, deep, and found a home with the then existing communities in the forest. This was one of Shaji’s first assignments there – to work for rights of various communities in the Amazon. He was sent there to understand their culture and lifestyle. He says that before even going there, he heard things about these communities residing deep into these forests; how they are capable of killing people and a lot more.
But instead of that, what he found instead was love and acceptance amongst the people here. The chief of the community invited him to dine with him and offered Shaji a plate of food – which is an important gesture for binding communities. He felt really comfortable with the community and when it was time for him to leave, he promised them that he will come back to work there again.
This Kerala-born lawyer has spent more than 30 years in Brazil, working with communities like these, to ensure their welfare, dignity, rights & to save the ‘lungs of the earth’.
He was made aware of the importance of nature since he was a child. He was born into an agricultural family, and his father was a local politician and a social worker and took great interest in preserving the environment. He was the greatest inspiration to Shaji. While he was doing his graduation from Mysore University, he developed a deep interest in the Amazon Forest and wished to visit it.
And he did. He went to Brazil, and the first thing he did after reaching there was to visit the Amazon rain forests. He says that his first visit there inspired him a lot as he got to live with those amazing communities. Soon after he got done with his studies in Sao Paolo, he chose to work in the Amazon forests. 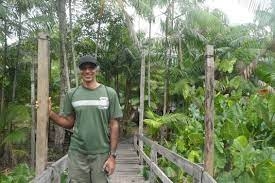 He says that as an environment activist, he has completely dedicated his entire life towards these forests and their local population – in turn, producing knowledge and sharing it with the world. A lot of challenges will come his way in the process, but he says that none of those will budge him from his conviction to save these forests.
This was a little about Shaji Thomas and the tremendous efforts he put into preserving the Amazon forests and the communities who reside in them. Giving 32 years of your life to preserving forests isn’t something everyone can do and requires a whole new level of dedication. If more people contribute to forests even a fraction of what Shaji did, the ecological balance in the world will surely be restored. If you know of any more such amazing people, tell us in the comments below. If you enjoy such content, do visit the space for more!
shaji ThomasIndian ManBrazilAmazon Rain ForestKerala