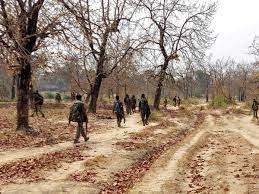 8 people, who the Maoists had allegedly kidnapped, in Chhattisgarh’s Sukma district a few days ago, have been released and are unharmed. They have been returned to their village safely, the police said on Wednesday.
Before releasing the people, the Maoists warned them not to support the police or the developmental projects in the area, the police added. The senior police official Sundarraj P said that these people reached their village Kunded, under Jagargunda police station limits on Tuesday night, and that all of them are safe.
On the 18th of July, Maoists forcefully took 7 people, and on the 17th another local resident was taken along with them to the village of Puvarti, (which is native to the dreaded Maoist Hidma) and kept them all in captivity. When these people failed to return home, the group villagers in the area entered the forest searching for them and to enable their release. After the police were alerted regarding this, they took immediate action and started a search for these kidnapped individuals.
The representative of the tribals also contacted & then appealed to the media, requesting the release of the kidnapped, said Mr. Sundarraj. He said that the growing pressure the police gave them and the appeals made by the tribal leaders lead them to release the people in captivity.
All of the 8 people, with the villagers who went to secure their release, have now returned to their village Kunded. It is located more than 400 kms away from Raipur.
It is not yet clear why exactly the villagers were kidnapped in the first place. The police will be recording the statements shortly, of the now freed villagers.
ChhattisgarhkidnapSukmaMaoists