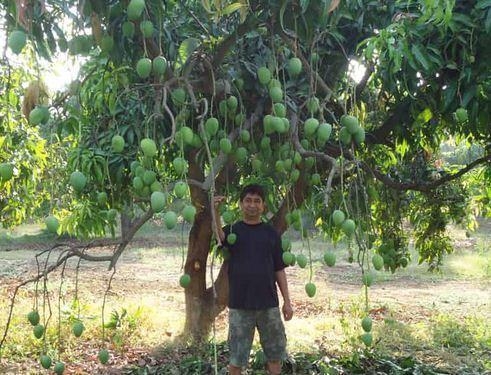 A Gujarati farmer, Rajesh Shah, who is a big fan of Alphonso mangoes, used an old technique called as girdling to make his fruit trees make more produce. His love for these mangoes stopped him from felling the trees that his grandfather had himself planted.

Girdling is also called ringbarking and basically the removal of an entire ring of the bark from the branch or trunk. Girdling is a horticultural method which makes the produce larger and more sweet than usual. Once you girdle a tree, new layers will grow over to cover the cut parts of it.
Usually when mango trees grow old, they are unable to produce a decent number of fruits. These trees are considered senile. In most cases, orchard owners prefer to axe these trees down, to plant new trees. Mr. Rajesh Shah, who happens to own an orchard in Gujarat is using a technique known as girdling. This makes old trees produce more fruit. This in turn, helps farmers, instead of allowing the trees to get axed. 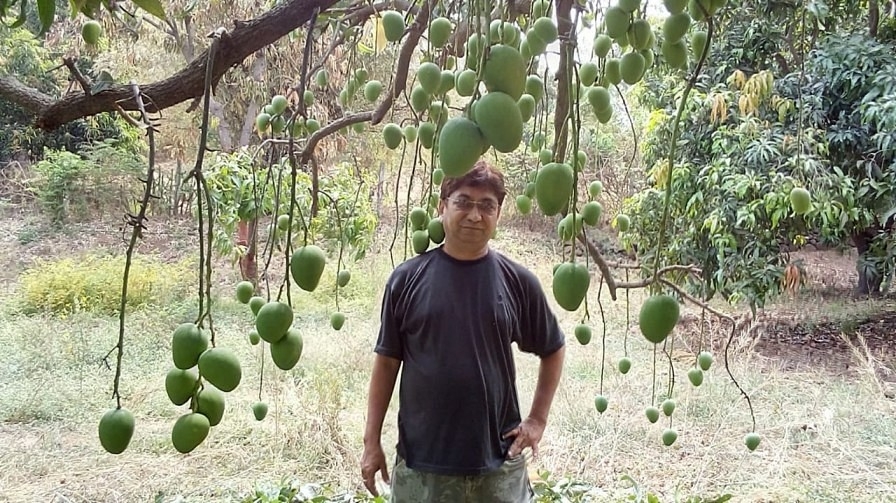 Mr. Shah, who is a farmer by profession, managed to revive a 125-year-old mango tree on his farm. This tree now produces more than 2.3 lakh kgs of fruit per year. He was inspired by Gujarati folklore where they practice a traditional agricultural community to revive the trees bearing fruit & use the girdling technique. He has been experimenting with this technique since 1996 but mastered it fully in 2011. This year, he was able to girdle 75 branches. Mr. Shah’s orchard is close to 65 acres and is full of variety of mangoes which includes Alphonso, Kesar, Payari, Malgova trees.

Mr. Shah says that a tree should be girdled only if the tree is either 35 years old or more, and its branches should be 15-20 off the ground, minimum. They should also have a minimum girth of 30 cm. He added that Alphonso trees start bearing fruit after 3 years; by the time they are 35 years old, either they bear fruit once every 2 years, or they bear fewer fruit. This makes them the right candidate for the girdling technique. 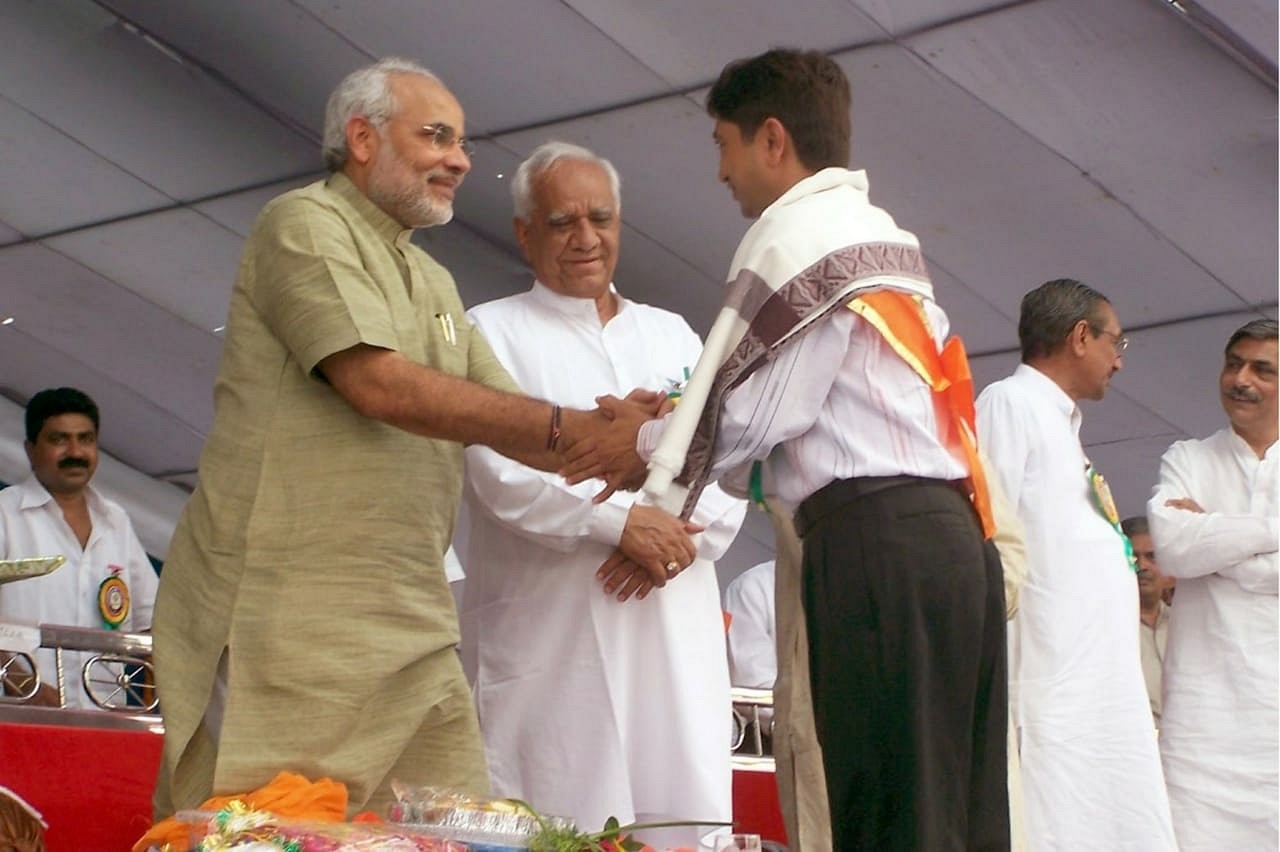 In 2006, Mr. Shah was awarded the title of ‘Krushi Na Rushi’ by the Gujarat Government. He also received an award, the Sardar Patel Agriculture Research Award in 2009, by the Union Agriculture Ministry. His lasted award is the IARI Indian Agriculture Research Institute Innovative Farmer Award which he received in 2018. Mr. Shah says that this girdling technique may look straightforward but you should be cautious while actually executing it. If not done correctly, it may lead to the death of a big sprawling tree.

This was a little about Mr. Rajesh Shah and his agricultural technique that could potentially save many trees from being axed, and actually produce more fruit. If you have any insights on this topic, tell us in the comments below. If you enjoyed this article, do visit the space for more such content!