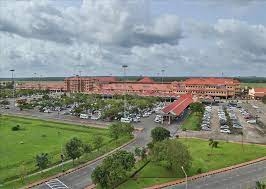 The ACI (a global body of airport operators) started the Roll of Excellence Recognition to those airports, which have consistently delivered excellent service.
The Cochin International Airport Ltd aka the CIAL won a global award for the quality of its service. The Airport Council International Director-General Luis Felipe de Oliveira said, the CIAL has consistently delivered nothing but excellence in customer service by winning several ASQ awards over 5 years for the past decade.
Mr. Luis said, “The Cochin International Airport has consistently delivered excellence in customer service by winning multiple ASQ awards over five years during the past 10 years and is one of the only six airports worldwide that will receive the recognition this year.”
S Suhas, the CIAL Managing Director, said that the ACIs service quality programmes have been aiding airport officials, checking international standards in airport operations management, and Roll of Excellence honour is a gesture from the global organisation acknowledging CIALs commitment towards passengers.
He stated, "We are grateful for this honour and this will give an impetus for our efforts to facilitate one of the best-in- class travel experiences for the passengers. We have won five ASQ awards consecutively in last 5 years. The backing of the government of Kerala was tremendous.”
The award would be presented during the ACI customer Experience Global Summit scheduled to be take place on the 9th of September, 2021 in Montreal, Canada.