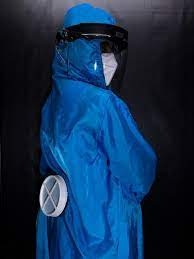 The 19-year-old student, Nihaal Singh Adarsh, wanted to make life easier for the healthcare workers in the frontline of the pandemic. Hence, he developed a compact ventilation system in PPE kits. Nihaal Singh Adarsh who is a second-year engineering student in KJ Somaiya College of Engineering, made a wearable belt-like ventilation system in PPE kits. It is called as COV-Tech Ventilation System and comes with a lithium-ion battery lasting 6-8 hours. 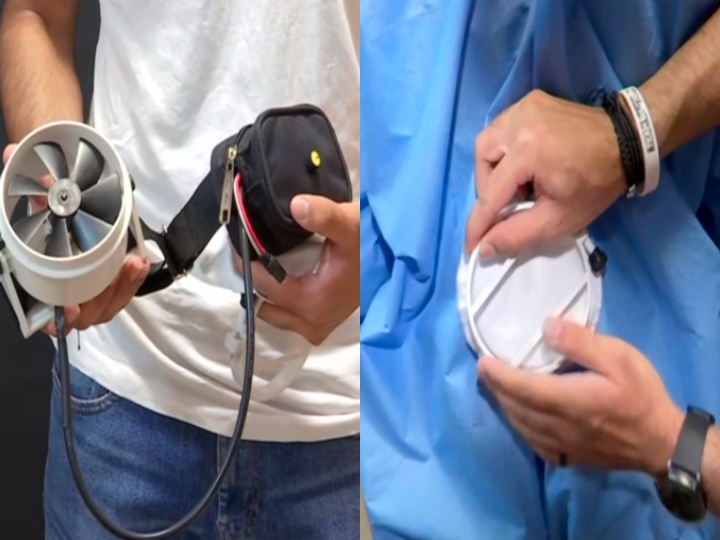 Mr. Adarsh explained it saying that the experience would be like sitting under a fan, but inside your PPE suit. How it works is that it takes the air from your surroundings, filters it, and lastly pushes it inside the suit. It is usually hot & humid inside these suits due to lack of ventilation. The steady airflow is the best way to ease yourself from the discomfort of the suit. The ventilation system is designed in such a way that is ensures a complete air seal from the PPE kit. It provides a whiff of fresh air to its user in a gap of only100 seconds. Mr. Adarsh says that his mother’s necessity inspired him to make this alteration in the PPE kits, as his mother too, is a doctor.
His mother, Dr. Poonam Kaur Adarsh has been treating COVID patients at her clinic in Pune. After coming home every day, she tells him about the hardships doctors & nurses face when wearing PPE kits, getting drenched in sweat every time. This was the push he needed to come up with something innovative as a solution. Mr. Adarsh was working on its prototype, developing its 1st model in less than a month.
More than 6 months of hard work later, the initial prototype was ready. It was neck-mounted, sucking in air through U-shaped air inlets, and had pillow-like structures which could be worn around the neck. Mr. Adarsh gave this to Dr Vinayak Mane from Pune to test. He wanted the prototype to be tested by unbiased doctors. The doctor placed a point that wearing this around the neck caused discomfort. Hence, this prototype had to be discarded, and he began working on more designs. His need for perfection led to him developing around 20 developmental prototypes and 11 ergonomic prototypes till the final one was ready. He received help from Gaurang Shetty, the Chief Innovation Catalyst at RIIDL and CEO of Dassault Systems, Pune.
As this final design shows, this product can be worn around the waist, like a belt. It can be attached with the conventional PPE kits. This design serves 2 purposes – it keeps the health workers well-ventilated, minus the discomfort. Secondly, it keeps them safe from fungal infections. Because the ventilator is being placed so close to the body, the highest quality materials are being used for safety.
He created a start-up called Watt Technovations, although he never expected to start going commercial in the beginning. His initial goal was to make it easier for his mother & a few other doctors he personally knew to be in the PPE kit for long hours. But then he thought about the fact that all the health care workers country wide would need this device, which is when he decided to make it available on a bigger scale.
The final product is currently in use in Pune's Sai Sneh hospital & Lotus Multi Specialty Hospital. The start-up plans to scale up production in May-June 2021. The product costs ₹ 5,499 per piece. It is cheaper than competitive products, costing around ₹ 1 lakh. Mr. Adarsh’s team is trying to make a further price reduction. The 1st batch of the product is already out, & trial units are given out to doctors & NGOs across the country. The next batch will be of around 100 units & is currently under production.
This was the inspiring story of a 19-year-old student who just wanted to help his mother out of discomfort but was instead able to help a lot more doctors with his fantastic invention. If you know of any such incredible stories, tell us in the comments below. If you enjoyed this article, do visit the space for more such content!