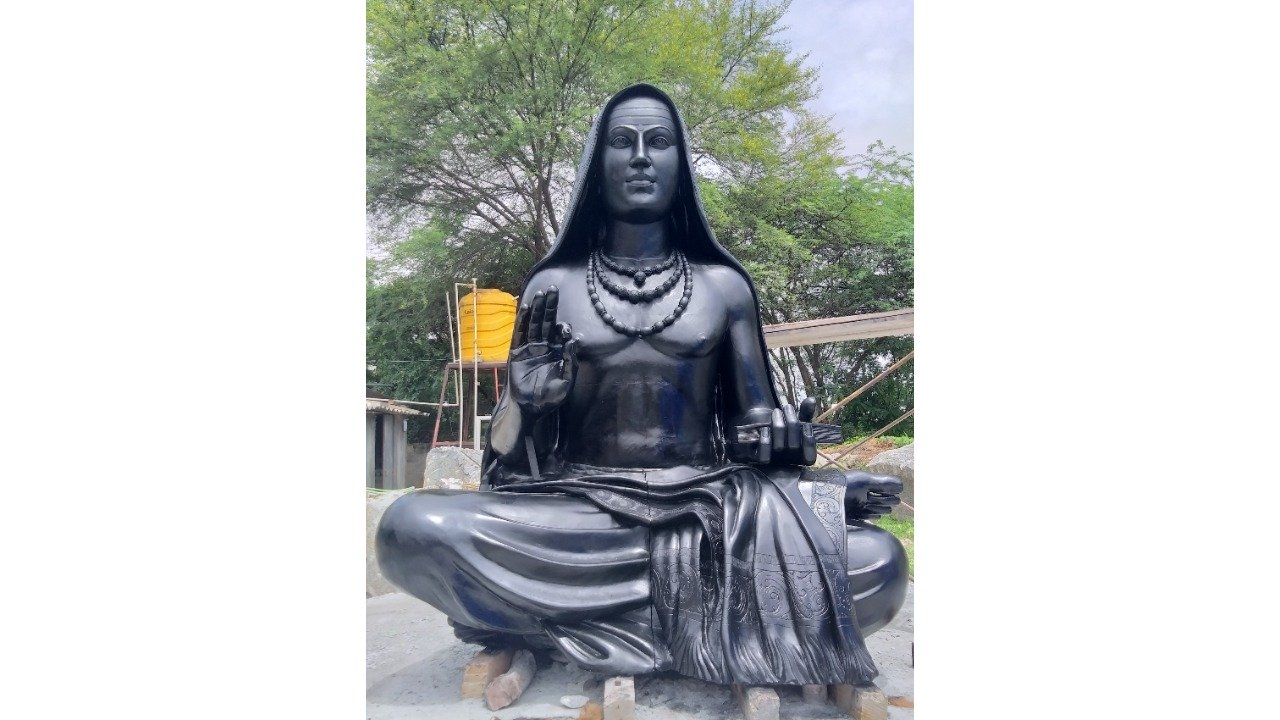 The Uttarakhand High Court, in January of this year, requested the state government to make happen a full restoration of the samadhi of Adi Shankaracharya, close to the Kedarnath temple in a year. This samadhi was damaged in the 2013 Kedarnath tragedy.
The 12 ft tall, 35-ton statue is going to be installed in the Kedarnath Char Dham shrine within close to a month. The chief minister Tirath Singh Rawal said, “This is a moment of great honour for all of us as we welcome the life-size statue of Guru Adi Shankaracharya in our state. The sculptors of Mysore have done a formidable job and have completed this beautiful statue in record time.”
Adi Shankaracharya was born in Kerala in the 8th century. He was an Indian mystic & philosopher who consolidated the doctrine of Advaita Vedanta. He made a huge contribution to unify Hinduism in India & set up 4 mathas across the country. The Himalayas believe to signify Adi Shankaracharya; he is believed to have taken samadhi in Kedarnath. He made one of his 4 mathas in Uttarakhand Joshi math and established an idol in Badrinath.
This 12 ft tall 35-ton statue is sculpted by sculptor Arjun Yogiraj, hailing from Mysore. He is a 5th generation sculptor & inherited this art from his father. He was selected to make the statue by the PMO last year. He started the work in September 2020. This statue is made from Chlorite Schist Stone which can withstand rain, sunshine and rough climate.
The PMO had collected models from sculptors across the country before awarding the said contract to Mr. Yogiraj. He has brought stone weighing 120 tonnes, to shape the statue that will weigh 35 tonnes at the end.