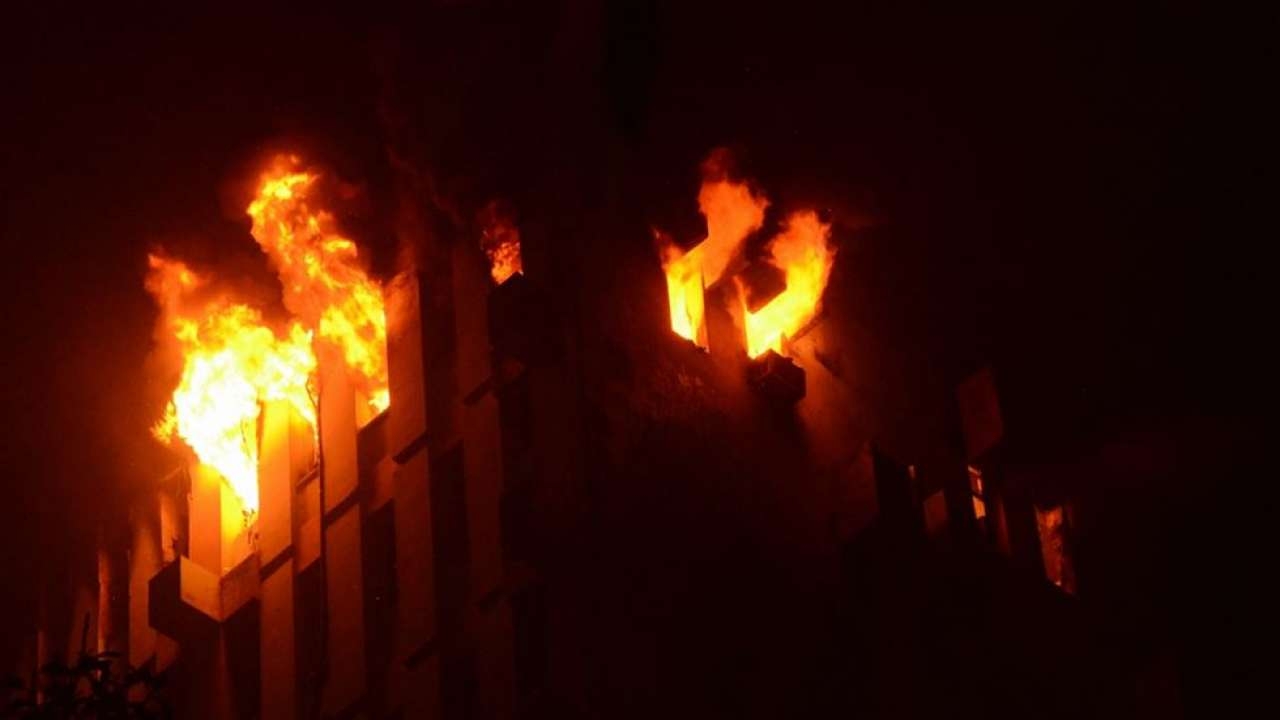 A fire broke out on the topmost floor of the building that had the offices of the Eastern Railway, Strand Road in Kolkata, on Monday evening. At least 20 engines were pressed into service here.
The 9 people, who passed away in the fire which broke out on the 13th floor of the Eastern Railway’s Office in central Kolkata on the evening of Monday, all used the elevator - said a fire services official on Tuesday.
“The fire which broke out around 6.10pm was brought under control after nearly 11 hours, at around 5am on Tuesday. There are still some pockets where the fire is yet to be doused. Our men are working and all engines are still there,” a said a fire services official on Tuesday morning.
Fire broke out on the top floor of the building that houses the offices of the Eastern Railway at Kolkata’s Strand Road on Monday evening. At least 20 engines were pressed into service.
The deceased include 4 fire fighters, Railway Protection Force personnel, and an assistant sub-inspector of Kolkata Police. 7 bodies were found in an elevator, 2 in the next one. “Nearly all (seven) the bodies were lying inside the elevator...They had used the elevator to climb up. As the floor was on fire and it was hot, the moment the elevator door opened, they got charred,” said Sujit Bose, state fire minister told media persons on Monday night.
Later, the other 2 bodies were found inside a second elevator, fire brigade officials said.
“I learnt from the fire brigade personnel that the victims died because they used the elevator. They got charred because of the blaze. One shouldn’t use the elevator when a fire breaks out...Maybe they were in a hurry...It is very unfortunate and sad incident,” CM Mamata Banerjee told reporters from the site.
The state government gave a compensation of ₹10 lakh for each of the victim’s family & job to 1 family member. Railways have ordered a high level probe into this incident.