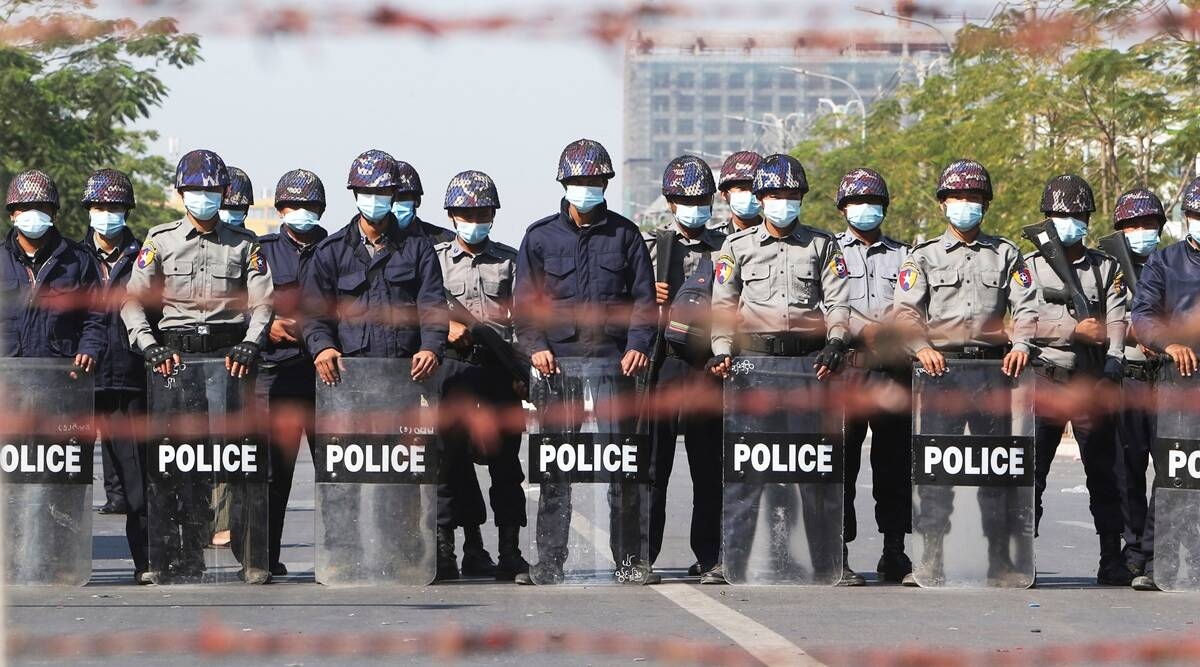 Police in Mizoram have detained at least 7 Myanmar policemen who entered into the Indian Territory seeking refuge a month after the country's powerful military ousted the elected government in a coup, said the officials on Thursday.
Magistrate Maria Zuali said 4 policemen arrived in the state's Champai area on the 28th of Feb, and local villagers handed them over to state authorities on the 1st of March.
Police Officer Lalnunzira, who uses one name, said 3 other policemen crossed into Indian Territory near the village called Lungkawlh on Wednesday afternoon. The village is 13 kilometers / 8 miles from the border with Myanmar.
"The 3 policemen said that they ran from the country because the army of Myanmar was on their trail after they refused to obey some orders," said the police officer.
He did not explain what the orders were that the 3 policemen were refusing to obey. He said they were wearing civilian clothes & weren’t carrying any weapons when they were found inside the Indian Territory. Unconfirmed media reports said more Myanmar policemen had crossed into the state.
India shares a border of 1,643-kilometers with Myanmar, where over 50 people, who are just mostly peaceful protesters, have been killed since the 1st of Feb. India is now home to thousands of refugees from Myanmar who are scattered across several different states.