Ship Stuck in the Suez Canal for Days, Floats Again 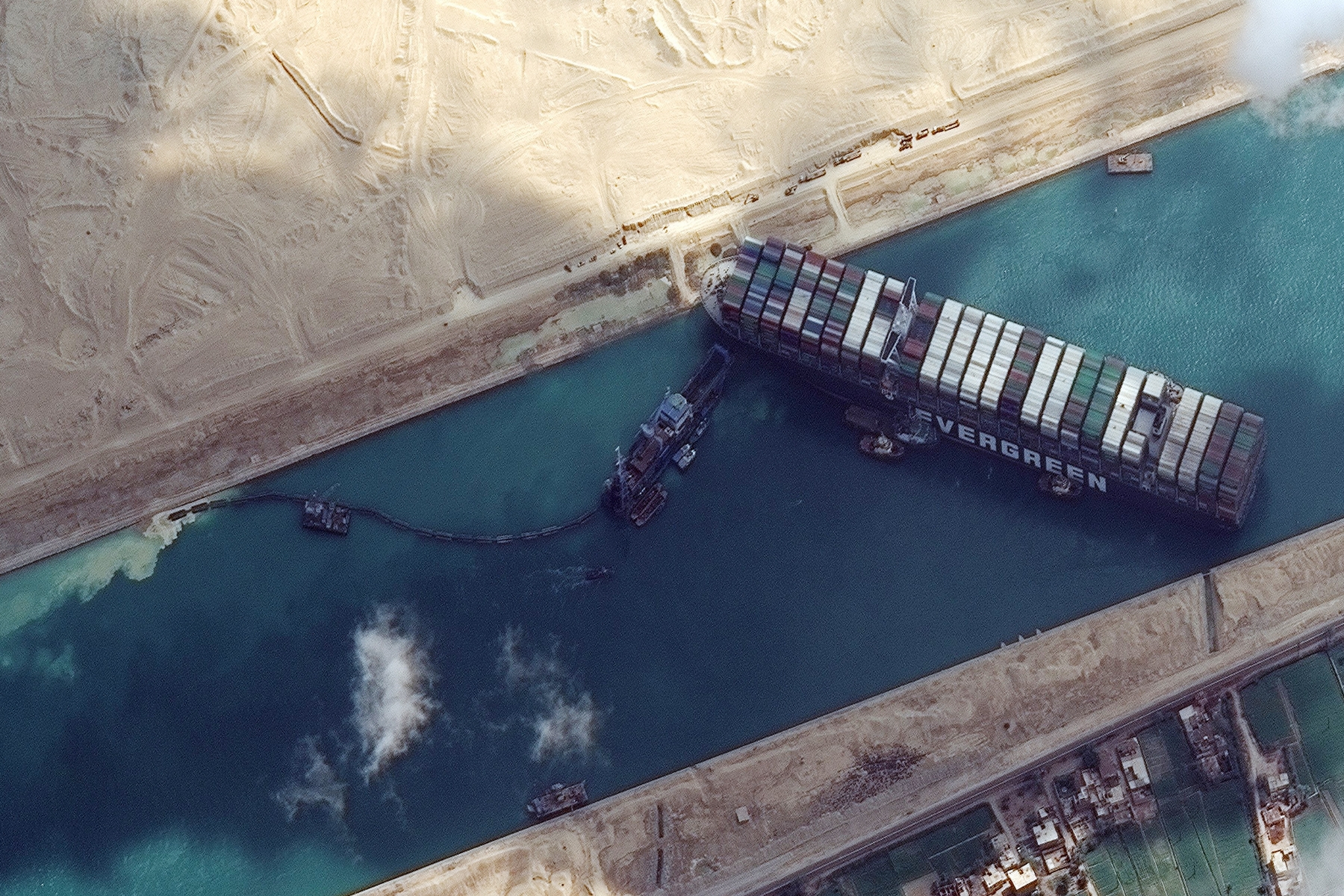 Early Monday, Leth Agencies said that the modest breakthrough came after the intensive efforts to push & pull the ship with 10 tugboats & vacuum up the sand with multiple dredgers at the spring tide.
Salvage teams freed the Ever Given in Suez Canal, according to maritime services provider Inchcape; almost a week after it ran aground in one of the world's most essential trade paths.
While the ship is floating again, it wasn't immediately clear how soon the waterway will be open to traffic, or even how long it will take to clear the logjam of the more than 450 ships that are stuck, waiting and en route to Suez that have identified it as their next destination.
The backlog is one more strain for global supply chains that have already stretched because of the pandemic as the canal is a conduit for around 12% of the global trade. A few ships have opted for the long and expensive trip around the southern tip of Africa instead of in the Suez.
The breakthrough in the rescue attempt came after diggers removed around 27,000 cubic meters of sand – that went deep in the banks of the canal.
Highlights -
27,000 cubic meters of sand were dug out to a depth of around 18 meters.
Egypt had set a deadline till Tuesday to begin unloading the ship if it hasn’t been refloated yet.
The ship’s front was damaged although the vessel is quite stable.