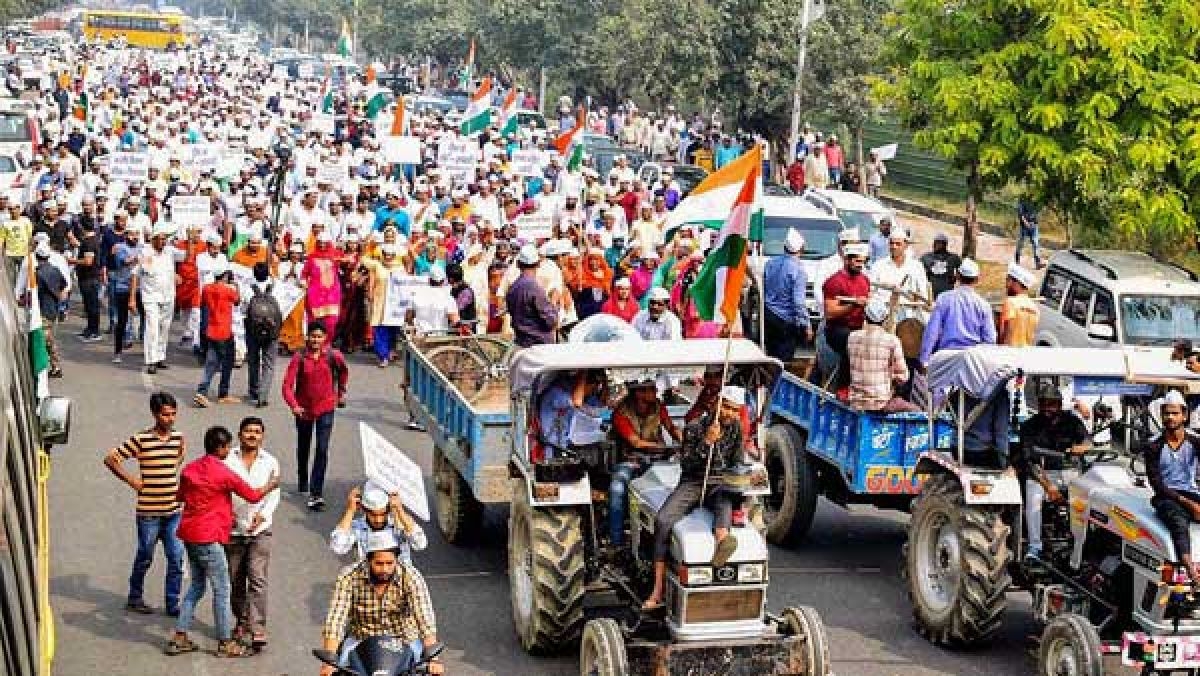 The pan-India Bandh commenced today at 6am. Farmers protesting against the 3 contentious central agricultural laws have called for the nationwide blockade marking completion of 4 months of the protests.

A few trains from Delhi to Chandigarh, Amritsar & Kalka amongst some other places were cancelled this morning, on Friday. The road traffic has also hit some areas. Demonstrations were also reported at National Highway-9 near one of 3 protest epicentres in the national capital – which is the Ghazipur border. Several barricades have been set up by the police to block the movement of these protesters.

Samkyukta Kisan Morcha leader Darshan Pal said in a video message - which supplies of vegetables & milk will also, stopped by the protesting farmers. The Samkyukta Kisan Morcha (an umbrella body of protesting unions) also appealed to protesting farmers to make peace & not get involved in any kind of illegitimate debate & conflict during this Bandh.
This pan-India strike, which began at 6 AM and will last till 6 PM, farmers' body Samyukta Kisan Morcha said, also said that the Bandh will also be observed in the national capital.
The farmers' protest at the Delhi borders started on November 26 at the 3 epicentres which are the Singhu border, Ghazipur & Tikri. Despite several rounds of consultations, the government and the farmers' bodies failed to reach a consensus on 26th of January - as the protest completed 2 months, the farmers had held a tractor rally which ended in violence as the protesters over-ran the iconic Mughal-Era Red Fort.