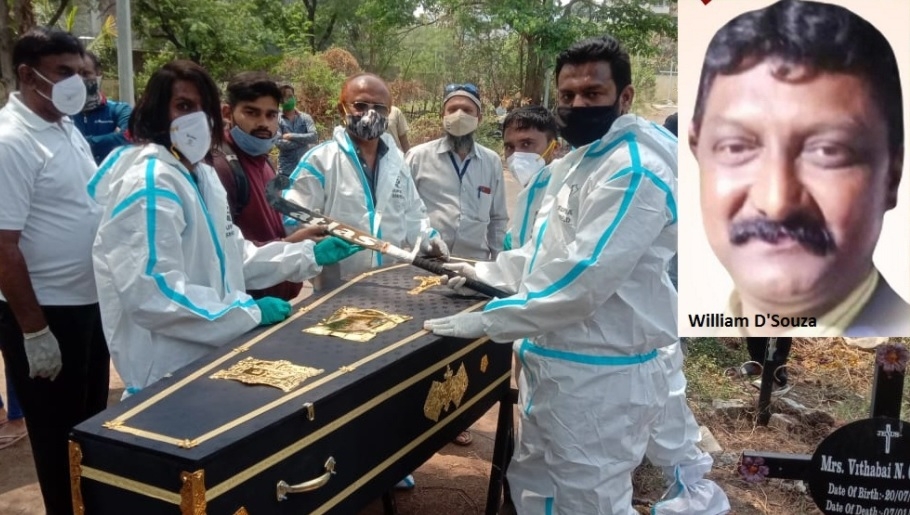 Pune’s renowned former hockey player Mr. William Manuel D’Souza passed away on Wednesday at YCM Hospital located in Pimpri. He was a resident of Khadki Bazar and resided with his wife, mother, and his two daughters. He was 53 years old.
He was known to be one of the best hockey players in Maharashtra. He has been the coach of Hockey Maharashtra for more than 10 years. He was head coach at Priyadarshini Sports Centre in Khadki. Many hockey players coached were under his supervision, represented teams at state & national levels. He encouraged many hockey players, including Pune-based players Dhanraj Pillay and Vikram Pillay. He was a goalkeeper but after retirement, he took up coaching and was associated with the St Joseph’s Convent, Khadki. He was a regular member of Hockey Maharashtra as a manager cum coach. During this time, he also guided Maharashtra women’s team & helped achieve its highest ranking at 4th place in senior nationals for 2 successive years.
D’Souza’s sudden demise came as a definite shock to several athletes and social activists in Khadki. Many said that he was a good player who always had good relations with all the members of society & always encouraged children on the ground.
Social activists from Khadki like Manish Anand and others were present at the funeral. D’Souza has been at United Indian Cemetery in Dapodi.
William recently achieved success in coaching as he got adjudicated an FIH Level 1 Coach. William was also associated with Hockey Maharashtra as a coach for 8 years. Hockey Maharashtra Honorary Secretary, Manoj Bhore said, “It is really a sad day for Hockey Maharashtra. He was to go with the Sub-Junior Women’s team to Simdega, Jharkhand, but withdrew at the last moment due to some personal commitment.”