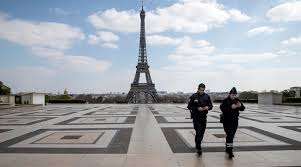 The Foreign Ministry said on Thursday, the 11th of March, that France will be easing some of the Covid restrictions set on international travel outside of Europe.
The ministry said in a statement that travellers to / from Australia, New Zealand, South Korea, Israel, Japan, Britain and Singapore won’t need a compelling reason to travel there anymore.
French Tourism Minister, Jean-Baptist Lemoyne said this alleviation happened due to the improving health situation in these countries.
"The list includes Britain, because the UK variant now also circulates widely in France," he tweeted.
All other restrictions, such as a requirement for a negative Covid-19 test less than 72 hours prior to travel, would still remain the same, the ministry said, adding a verdict was due to be published on Friday. Lemoyne said that for the other non-European Union countries the list of legitimate travel reasons would be widened considerably, taking into consideration their family situations.
The statement by the foreign ministry said that among the new legit reasons for travelling would the fact that one person in a couple, both married or in civil partnership - is living abroad for professional reasons. Other legitimate reasons would be for families living abroad but who have children in school in France, couples with children abroad and in France, students taking an exam, as well as people returning to their principal residence if that is in France.

But the ministry also stated - in general, it strongly recommends limiting international travel as much as possible.