The tale of how a fearless Bengali widow outsmarted the East India Company!

The tale of how a fearless Bengali widow outsmarted the East India Company! 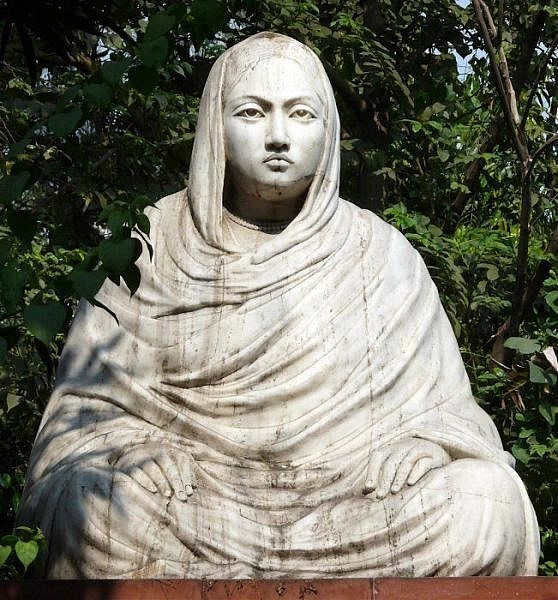 All throughout history, Indian women have been supporting social change, leading vital movements, and making contributions which proved invaluable to the society. But as can be seen from our history text books, their contributions are forgotten too easily.

One such forgotten woman is Rani Rashmoni, who ruled hearts of the people to such an extent that they bestowed the honour on her, without her having to be a literal queen. From fearlessly taking on the East India Company, to founding the iconic Dakshnineshwar Kali temple, Rashmoni left an indelible mark on the history of Kolkata.

Rashmoni was born on 28 September 1793, in the small village of Halisahar in Bengal into a kaivarta / fishermen community family. Her father was a labourer, who married his daughter to Raj Chandra Das, son of a wealthy zamindar family from Jaan Bazaar, when she was still a teenager.

Das was a progressive husband and was educated, unconventional for those times. Her smartness impressed him, and he encouraged his young wife to follow her heart, gave her access to his trade business. Together, they built up a great fortune. They channelled a lot of their wealth towards public welfare. Right from building pyaus (reservoirs of drinking water) for the abandoned, to setting up soup kitchens for the hungry. The couple also built two of Kolkata’s oldest and busiest ghats, the Ahiritola Ghat and Babu Rajchandra Das Ghat / Babughat.

But Das passed away in 1830, and the years after his death saw Rashmoni passing through her toughest time. She battled patriarchy and the then-prevailing societal stigma against widows, the mother of 4 young daughters took over reins of the family’s sprawling business - something unheard of in those days.

When her husband’s acquaintances heard the news, the vision of an easy takeover delighted them. They assumed that the kind widow would not resist much. They soon learnt otherwise. Rashmoni fended off the attempts, managing her work with pragmatism and help of Mathura Nath Biswas, an educated young man married to her 3rd daughter. For the rest of her life, Mathura remained her trusted confidante and right-hand man in all dealings.

Rashmoni, in the following years, raised her voice for 2 important causes – one was to fight against prevalent social evils like polygamy, child marriage, sati; and two was to support trailblazing social reformers like Ishwar Chandra Vidyasagar, even submitting a draft bill against polygamy to the East India Company.

She even built the famous Dakshineswar temple near Kolkata, enduring taunts from Brahmins who refused to become priests at a temple constructed by a woman from a lower Shudra caste.

In 1840s, East India Company focused on river Ganga, flowing through Bengal Presidency. These waters were a lifeline for the fishing communities in the area, who depended on it for their survival and livelihood.

Arguing that the fisherfolks’ small boats were impeding movement of ferries, East Indian Company imposed a tax on fishing boats, which was a cunning way of raking in extra revenue, all while reducing fishing activities on the river. Several worried fisherfolk travelled to Calcutta, pleading their case with their elite landlords, but receiving no support. As a last resort, they appealed to Rashmoni.

What happened next is remarkable - Rashmoni gave Rs. 10,000 and procured a lease agreement from the East India Company, for a 10-km stretch of river Hooghly - Ganga’s distributary the flows through Calcutta. She next placed 2 huge iron chains across Hooghly to barricade off her leased area, and asked the fisherfolk to cast their nets in this zone.

This bold move left Company officials rattled. It brought all riverine traffic to Hooghly to a halt. When they asked Rashmoni for an explanation, she said that it was necessary to protect her income from property, as commercial steamships were affecting fishing activities in her lease agreement.

Boats piled up on both sides of the shackled zone, and hence the East India Company was compelled to come to an agreement with Rashmoni. The tax on fishing was abolished, hence protecting the rights of fisherfolk, giving them an unrestricted access to Ganga.

And that’s how a widow outwitted the sinister Company.

She may have remained uncelebrated all these years but the ever-grateful fisherfolk never forgot their ‘Rani’.