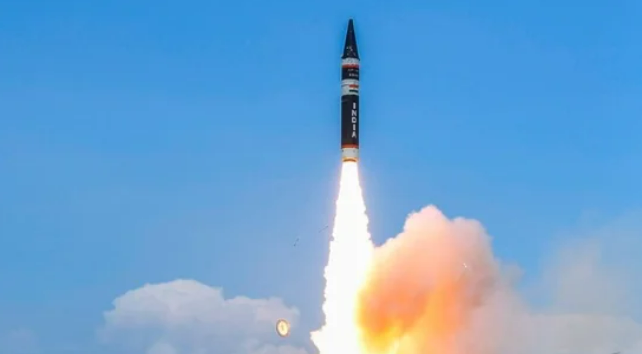 India, on Saturday, successfully test-fired the Agni Prime missile off the coast of Odisha in Balasore, said the government officials. Agni-P is a new generation advanced variant of Agni class of missiles. It is a canisterised missile having range capability between 1,000 and 2,000 km.

Reports said that a lot of new features have been added to this nuclear-capable strategic missile Agni Prime during this test. An official said, “The missile test met all its mission objectives with a high level of accuracy.”

On December 7, India successfully test-fired the air version of the BrahMos supersonic cruise missile that ministry of defence described as a ‘major milestone’ in BrahMos development. The ministry had said this missile was successfully test-fired from Indian Air Force’s (IAF) Sukhoi 30 MKI supersonic fighter aircraft from the Integrated Test Range (ITR), based in Chandipur, off of the coast of Odisha.

According to Defence Research and Development Organisation officials (DRDO), the air defence system can engage targets at around 15km. The VL-SRSAM, indigenously designed and developed by the DRDO for Indian Navy, is made for neutralising various aerial threats at close ranges, like sea-skimming targets.