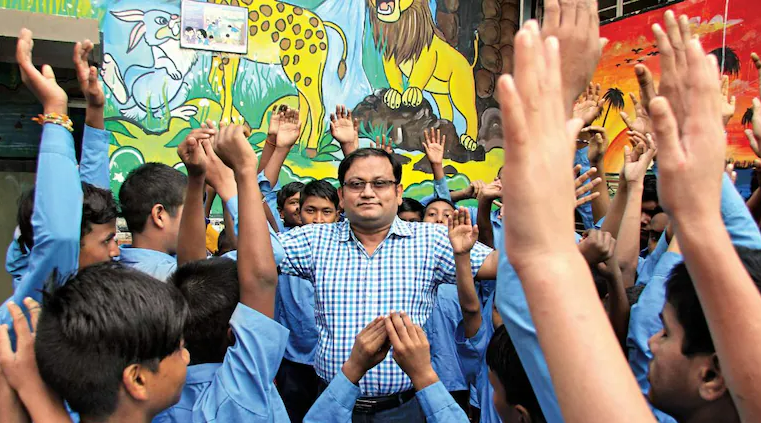 This story is about Raj Kumar, a Bihar social welfare director. He first heard about 10-YO Prakash (name changed) 2 years ago. This little boy, who could only speak Bangla, and also suffered from epilepsy, was found stranded at Muzaffarpur railway station by police in the year 2015. The boy apparently got lost while taking a train all by himself from his home in Purba Bardhaman, West Bengal, to his grandparents’ place in Malda. The Social welfare officials shifted Prakash to a state-run children’s home in Saharsa. His daily needs were taken care of there, but his future was always uncertain.

Moved by the boy’s difficulty, Kumar stepped in to help him. His first priority was to address the boy’s medical condition; he underwent treatment at government and private hospitals in Muzaffarpur and Patna. In a year’s time, his seizures came under control. But Kumar, who is a 2010 batch IAS officer, wanted to achieve something bigger. He wanted to see Prakash be reunited with his family. Kumar’s team tried to trace back Prakash’s train ride. They visited towns, cities in West Bengal, seeking help of officials in Bengal and Jharkhand; but without any success.

That’s when Kumar got the idea of approaching the Unique Identification Authority of India or UIDAI to see if Prakash’s biometric details would find a match in their database. He says that their search threw up a match in Purba Bardhaman district. The team that was sent there was able to make a breakthrough. The boy, who was missing for 5 years, returned to his family this February.

He has had many more such successes. On September 15, his team handed over a 14-YO deaf and mute girl to her family in Araria. This girl was found lost at Araria bus stand on March 3. The social welfare officials sent her to a shelter home in Kishanganj, putting in months to find her parents.

With the help of the biometric method, the social welfare department has been able to send 70 missing children back to their homes this year. Of these, 17 were girls; 4 had special needs, and hailed from Bengal and Jharkhand. Kumar says that reuniting these children with their parents gives him immense satisfaction.

But Kumar’s initiatives go well past helping these lost children. As an example, he arranged professional training in Bengaluru for sexually abused girls. This also included many rescued from the infamous Muzaffarpur shelter home in 2018. He was also able to convince the Bihar government to allocate more funds for food supplies at child shelters. He even got cradles installed in government hospitals. This was to deter the couples from recklessly abandoning their new-borns in dumpsters or on the train tracks.

Being a bureaucrat, 43-year-old Kumar doesn’t have roads, buildings, big projects to showcase for himself. But he is extremely content in trying to give these children a second chance at life. He says he feels blessed as his job gave him the opportunity to make a difference where it matters the most.