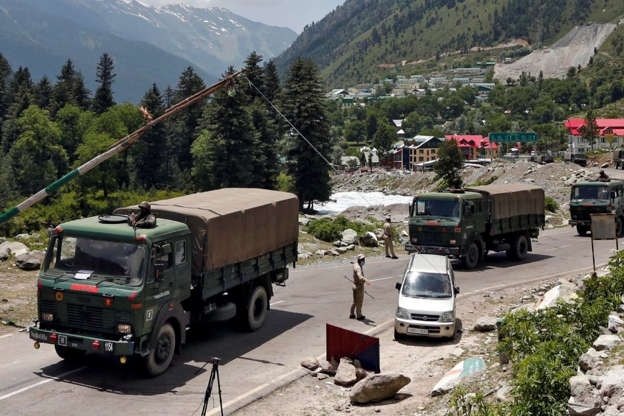 The Supreme Court has allowed Centre to construct all-weather roads with 10-metre tarred surfaces, as part of the Char Dham project. A lot of these are strategic feeder roads which lead to the Indo-China border, said officials.

The court was hearing Centre’s plea seeking modification of the September 8, 2020 order, which asked the ministry of road transport and highways to follow the 2018 circular, specifying carriageway width of 5.5 metre on the Char Dham highway project, going up to the border with China.

The defence ministry urged the SC to modify earlier order and allow the national highways from Rishikesh to Mana, from Rishikesh to Gangotri, from Tanakpur to Pithoragarh to be developed to 2-lane configuration.

The Supreme Court noted that the recent past has thrown up serious challenges to security along the borders. “This court can't second-guess infrastructural needs of armed forces,” held the top court.

The Supreme Court has taken note of environmental concerns raised regarding widening of the Char Dham highway project. An oversight committee has been established to ensure that all remedial measures are taken in interest of environment, and that relevant recommendation of the high-powered committee is implemented, while proceeding with this project.

While modifying the September 8, 2020 order, allowing only 5.5-metre-wide width for Char Dham roads, the Supreme Court noted that ministry of road transport and highways circulars don’t forbid the double-laning of roads in hilly and mountainous terrains if they are of strategic and border importance.