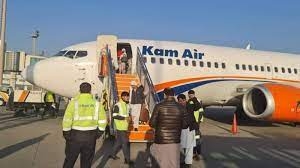 Under the Operation Devi Shakti, Government of India evacuated 94 Afghani people and 10 Indian people from Afghanistan on December 10. The special flight chartered by government arrived at the international airport in Delhi on Friday. The 104 passengers included members from minority communities in Afghanistan. They carried with them 2 copies of the Sikh holy book Guru Granth Sahib and some ancient Hindu manuscripts.

On the return flight that left from Delhi for Kabul on Saturday, the Indian government dispatched humanitarian aid which included medical supplies for the Afghani people, in light of the challenging situation there.

The medicines will be handed over to representatives of WHO in Kabul, and will be administered at the Indira Gandhi Children’s Hospital there.