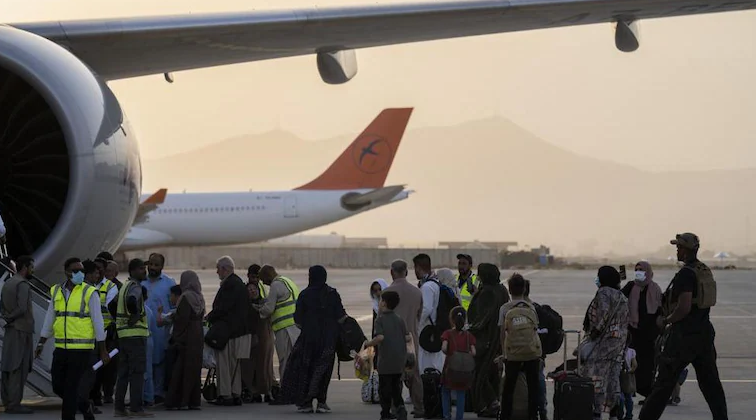 A special charter flight going from Kabul to New Delhi is to evacuate over 100 people on Friday, most of them Afghan Sikhs and Hindus. It will take back Afghan nationals stranded in India and medical supplies. A few Indian nationals are also expected to be in this group being evacuated from Kabul. Indian authorities and Afghan embassy in New Delhi have worked over past few weeks to arrange the charter flight.

The charter flight will take back almost 90 Afghan nationals. Most of these had come to India for medical treatment, and were stranded after Taliban takeover of Afghanistan. It is also expected to carry medical supplies which are a part of the humanitarian aid offered by India to Afghanistan.

The last commercial flight from Indian side on the Kabul-Delhi route was operated by Air India on August 15 - the day Taliban took over Kabul. 100s of Indian nationals were evacuated on special Indian Air Force flights during August. India also withdrew its ambassador and all other staff from the mission in Kabul, and effectively closing the embassy for the second time since 1996.