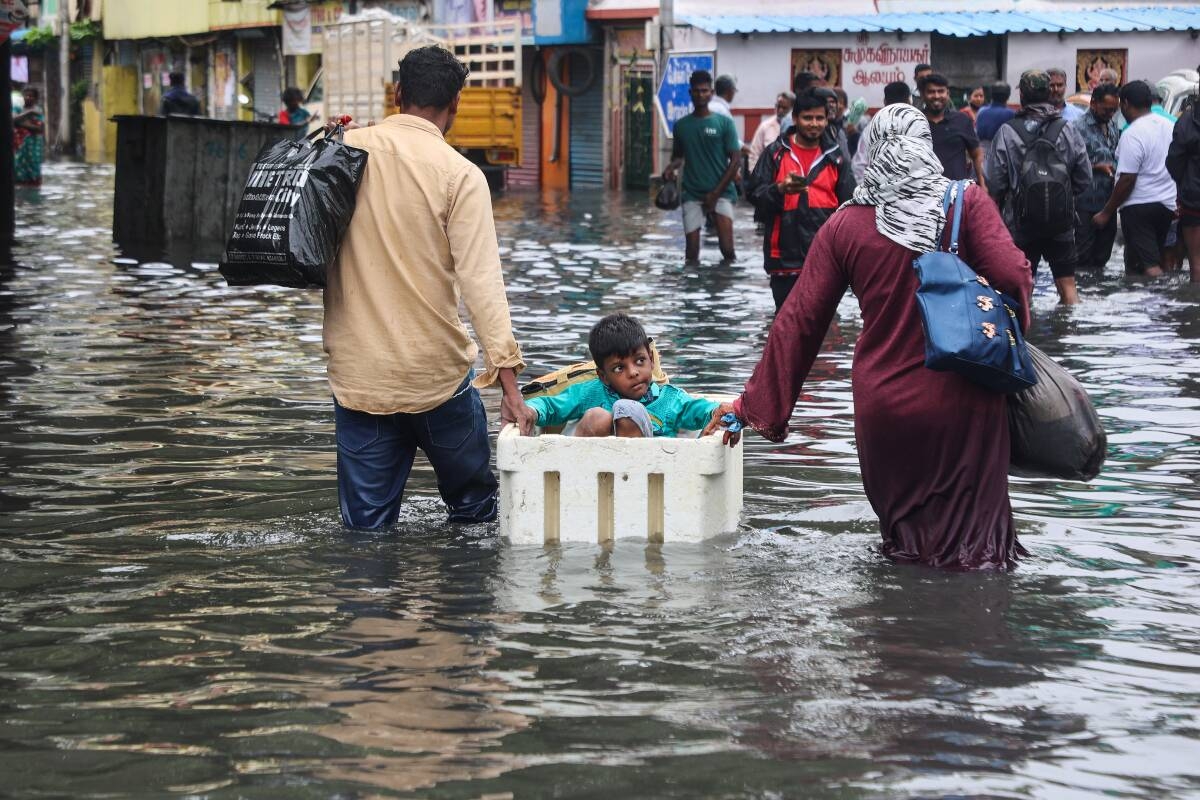 Chennai got some relief on Monday from continuous rain, but many roads and areas in the city are under sheets of water. India Meteorological Department (IMD) has forecast more rain there, and nearby areas from today. 4 people have been killed so far in rain related incidents in Tamil Nadu.

Also, light / moderate rainfall is likely over Kerala, south coastal Andhra Pradesh, and Tamil Nadu in the next 5 days, according to an IMD forecast.

In Chennai, some areas of subways were closed off on Monday, and traffic diversions were implemented, which showed the commuters a distressing time, and the civic workers slogged to remove silt and to de-clog the drains.

IMD has issued an orange alert for 14 districts, including Nilgiris, Coimbatore, Dindigul, Theni, Tenkasi and Tirunelveli.

Fishermen are advised to not venture into the sea between November 9-12.

National Disaster Response Force (NDRF) chief SN Pradhan said that over 20 teams will be deployed in Tamil Nadu and Andhra Pradesh by Tuesday due to the heavy rain alert. Pradhan said the NDRF's focus is to avoid situations similar to the “urban flooding that took place in 2015-2016 (in Chennai)”.

Since the start of the northeast monsoon last month, Tamil Nadu recorded around 43% above normal rainfall.

The IMD has now issued a yellow alert for Karnataka - denoting heavy rainfall, in 13 districts till Tuesday. According to the IMD statement, heavy rain will be caused by the cyclonic depression.