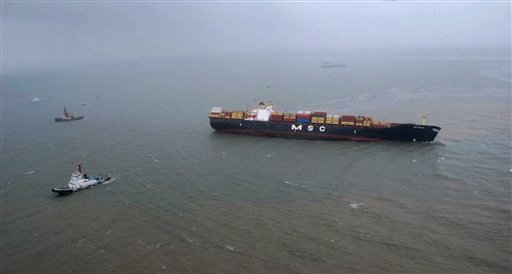 A major collision took place between 2 cargo ships in off of Gujarat’s Gulf of Kutch on the night of Friday. This collision further went on to lead to an oil slick in the Arabian sea, said Gujarat’s PRO Defence today.

No casualties have been reported in this collision between bulk carriers MVs Aviator and Atlantic Grace off the coast of Gujarat.

According to the official statement, “The Indian Coast Guard Ships / Helicopter deployed for area assessment have reported no oil spill or marine pollution from both the merchant vessels and the area is being constantly monitored for any marine pollution eventually.”

The Gulf of Kutch is one of the most important routes for India’s oil trade, making it a particularly busy sea route that has seen a lot of oil spills in the past.

All crew aboard are currently safe. This rescue work is still underway.