61-YO runs from J&K till Kanyakumari; raising funds for disabled soldiers

61-YO runs from J&K till Kanyakumari; raising funds for disabled soldiers 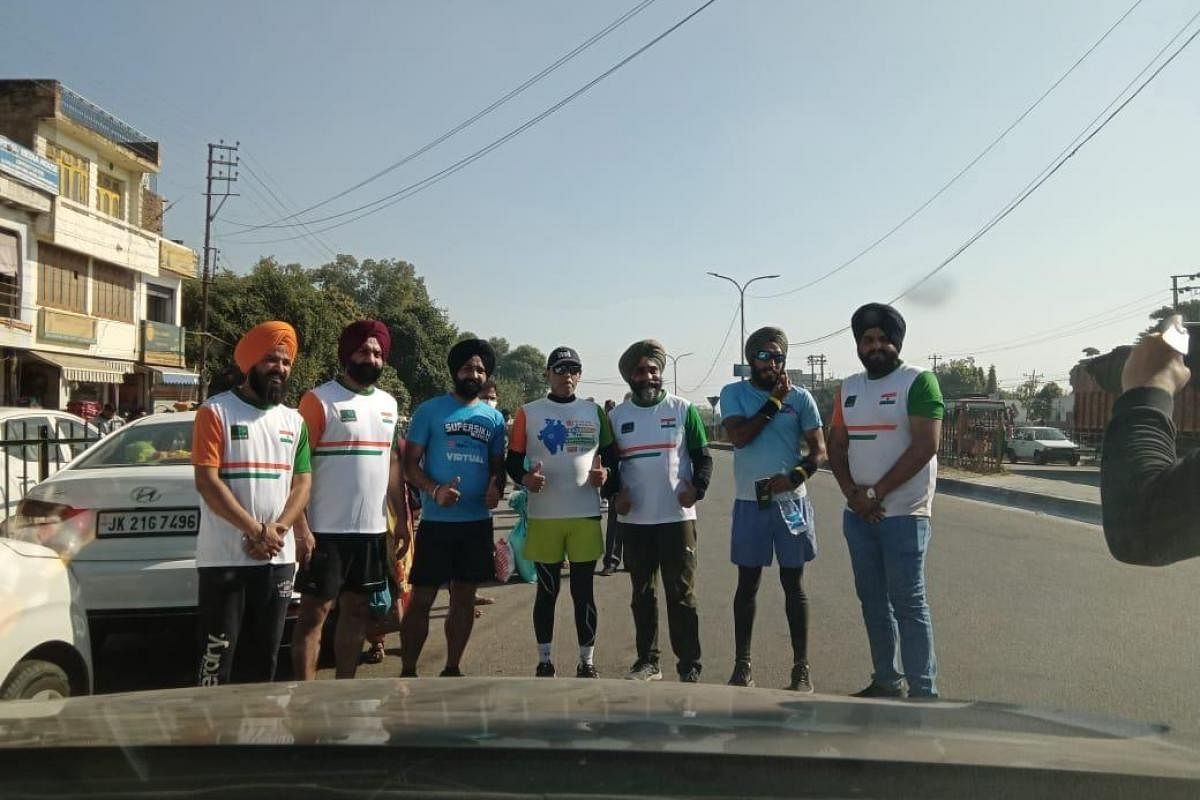 Kumar Ajwani who is 61, is on a mission to run from Jammu and Kashmir to Kanyakumari. He is covering a total distance of 4,444 kilometre over a time period of 76 days.

Regardless of his age, he has taken up this unique activity, named ‘Atmanitbhar Bharat Run’, to set a new world record. It is also to spread awareness and raise funds for the disabled soldiers, said a Jammu-based defence spokesperson. Ajwani also aims to raise awareness on quality education and upgrading tribal schools.

He also wants to spread the message of “one India and united India” through this run. Ajwani is founder-director of an NGO called the Team FAB foundation.

On the 3rd day of his campaign, Ajwani started running from the Patnitop hill resort in Udhampur district, reaching Sainik Bhawan, where he was given a warm welcome by Sainik Welfare Department at Jammu and Kashmir.

A defence spokesperson said that he was flagged off from the office of Rajya Sainik Board by its director Brigadier Gurmeet Singh Shan. Many ex-servicemen were present at this event. Ajwani has previously covered a lot of intercity, interstate runs for social causes and has also been actively raising funds for needy through his runs.