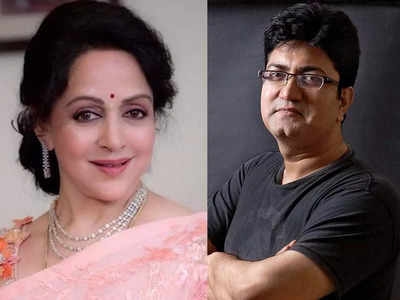 Actor and BJP leader Hema Malini, and lyricist and former CBFC chief, Prasoon Joshi, are to be conferred with the Indian Film Personality of the Year award at the International Film Festival of India (IFFI) 2021, which begins in Goa this Saturday.

“Their contributions to the field of Indian cinema spreads over decades and their body of work has enthralled audiences across generations. They are Indian cinematic icons who are admired and respected the world over,” said the Union Minister for Information and Broadcasting Anurag Singh Thakur.

The IFFI will be starting on Saturday in a hybrid, i.e. virtual and physical format.

On Thursday, a statement of the government noted that Malini, who is an actor, writer, director, producer, dancer and politician, has won several awards for acting, and was also honoured with the Padma Shri in year 2000.

She first became an MP in 2003, and served as a member of the Rajya Sabha until 2009. She has been an elected member of the Lok Sabha since 2014, representing Mathura in UP, which is scheduled to go to elections next year.