69% air pollution due to sources outside city: Gopal Rai 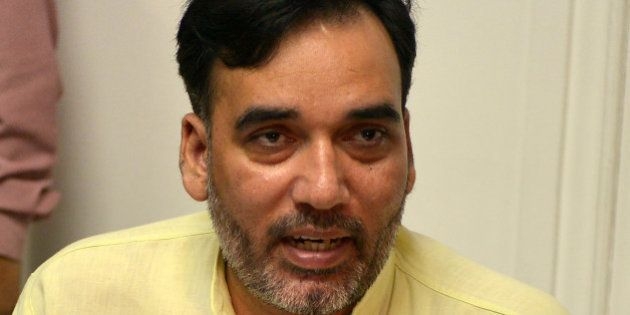 Delhi environment minister, Gopal Rai, urged his Union government counterpart to hold a meeting and formulate a joint action plan to tackle sources of pollution in the National Capital Region (NCR) that were impacting Delhi.

Citing data from a Centre for Science and Environment (CSE) analysis carried out between October 24 and November 8, Rai said local sources contributed only 31% of pollution load in Delhi and the remaining 69% originated the NCR towns.

According to CPCB data, Delhi saw the second worst post-Diwali pollution episode since 2015 when AQI record keeping started. The city recorded its worst pollution spell in 2016 when a dense smog had enveloped it. The state government announced emergency measures on Saturday, but only after a nudge by Supreme Court and pollution levels hitting severe levels.

So far, only meteorological factors have helped flush out pollutants in the city.

CSE carried out its analysis using Indian Institute of Tropical Meteorology’s (IITM) Decision Support System (DSS). It found that for the 2 weeks, Delhi’s own sources of pollution contributed to 31% of its total PM 2.5 load, 54.5% came from 19 nearby NCR districts and remaining 14.5% was from stubble burning.

He said, “The Delhi government has constantly been working to reduce the pollution from Delhi. But no matter how hard the people of Delhi try, controlling the 70% external pollution is out of their hands. Therefore, I have repeatedly requested the union environment minister to have a meeting to frame a joint action plan. Until we formulate this plan and set in place teams to monitor its implementation, Delhi and its people will not be free from pollution.”

An expert said that the contribution of local sources doesn’t remain constant, and keeps changing depending, on meteorological conditions.

Sachin Ghude from IITM, who is handling the DSS, said the contribution of external sources may vary at different times of the year.