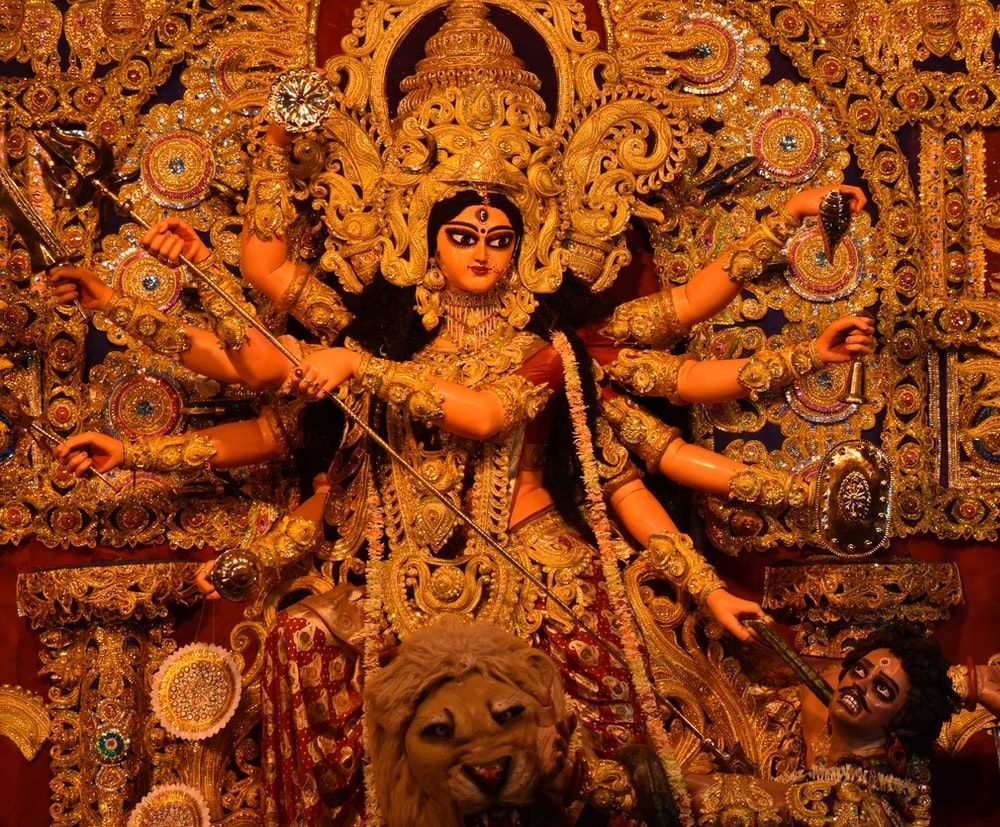 Navratri, the 9 sacred days of the festival, mark as the most auspicious days of the lunar calendar according to Hinduism. It is celebrated with a lot of fervour and festivity all over India, and in every Hindu community the world, these nine days are dedicated solely to Maa Durga and her 9 avatars.

The main story associated with the festival is that of the battle that took place between goddess Durga and the demon Mahishasura - who represents egotism. All the 9 days of the festival are dedicated to each distinct avatar of the goddess; and each of these days has a significant colour attached to it. The devotees are expected to wear these colours while taking part in the festivities.

So here are the 9 avatars of Goddess Durga and the colours associated with them:

Shailputri - She is the very embodiment of collective power of Brahma, Vishnu and Mahesh. In this form, the goddess was worshipped as the consort of Lord Shiva.

Brahmcharini – She is the one who practices devout austerity. She is blissful and bestows happiness, peace, prosperity and grace upon devotees. She is full of bliss and happiness; she is the way to emancipation / moksha.

Chandraghanta - She represents beauty and grace and is worshipped on the third day for peace, tranquillity and prosperity in life. She is the apostle of bravery and possesses great strength.

Kushmunda - She is considered the creator of the universe. It is believed that Kushmunda created the universe through a bout of laughter and made it verdant with vegetation.

Skandmata - She is the mother of Skanda, or Karthikeya, who was chosen by gods as their commander-in-chief in the war against the demons. She is accompanied by Skanda in his infant form. The colour of the day is grey, as it indicates the vulnerability of a mother who can turn into a storm cloud when the need arises to protect her child.

Katyayani - Katyayani was born to the great sage named Kata, as an avatar of Durga. Dressed in orange, she displays enormous courage.

Kalratri - She has a dark complexion, dishevelled hair and a courageous posture. She has three eyes that shine bright, and flames come from her breath. She is black like the goddess Kali. She is the fiercest form of goddess Durga. She is dressed in white, a colour that represents peace and prayer.

Maha Gauri - Maha Gauri is intelligent and extremely peaceful. Due to her long austerities in the forests deep in the Himalayas, the colour of her skin turned from white to back. Bur later, when Lord Shiva cleaned her with the waters of river Ganga, her body regained its original colour, and she came to be known as Maha Gauri, meaning extremely white.

Siddhidatri - She has got supernatural healing powers. She has four arms and is in a happy state of mind. She blesses all gods, saints, yogis, tantriks, devotees as a manifestation of mother goddess. The goddess is depicted to be in a blissful state, like the sky on clear days.

Celebrated twice a year, the first Navratri that falls in the month of March / April is known as Chaitra Navratri. Most devotees of Durga Ma observe a fast for 9 days, though some observe it for only 2 days. During the fast, one should avoid everyday grains like wheat, but can take fruits, milk, tea, coffee, potatoes and one meal of sago food preparations, like kuttu / singhada atta. Instead of regular table salt, sendha / sea salt is used in cooking.