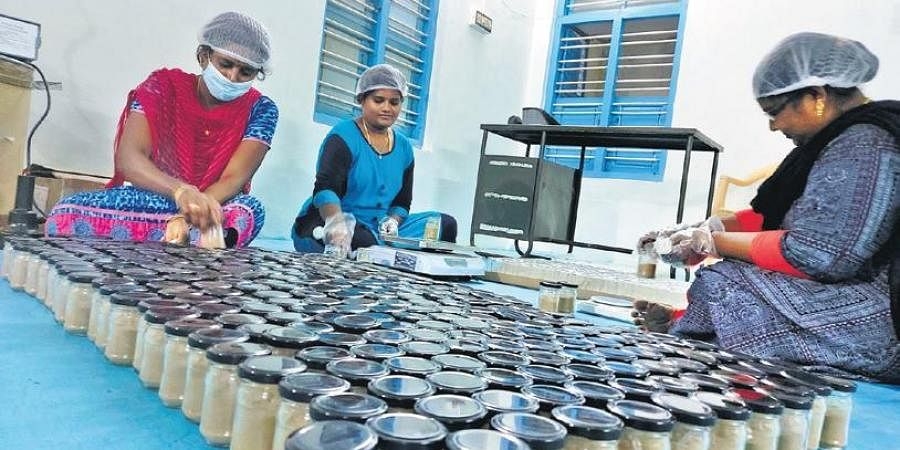 Healthy diets never equal to bad taste, and 25-year-old Siva Priya proves that. When she was trying to avoid milk tea and black tea, but the only other common option, green tea, didn’t sit well with her taste buds. Hence, she decided to make a much more desirable alternative. Now she even sells it!

Siva, the architect-turned-entrepreneur, backed by her small-scale women-run unit at Sivakasi, manufactures a special blend of tea packaged under the name of ‘Fusion Fluids.’ The tea has got immunity-boosting amla and fenugreek extracts mixed with a rich raspberry flavour.

Siva’s story began in the first lockdown which had come into effect last year. She and her husband Vinith, along with their families, who were dabbling in construction and architecture, suddenly found themselves having with little / no work. Siva, pushed by her spouse, searched for a new field to venture into.

“Initially, I was looking into furniture, but we then decided to produce tea that has multiple benefits,” she explained. She also added that the tea produced has no caffeine or added flavouring in it. It can be consumed by people of all age groups at any time of the day. While regular green tea is sold in the market for `6.5 per cup, the Fusion Fluids costs Rs 5 per cup.

Siva Priya talked about the need for empathetic women - who understand other women’s daily struggles and to start their own business. She said that this not only empowers them but also gives them a chance to uplift other women. She said, in the unit, their women workers do the mixing, packaging and social media promotion too.

A staff at the unit, bio-tech graduate Sakthi, 24, said, “As I am interested in food technology, I have many opportunities to learn and grow here without any difficulties or intimidation.” Another staff said that the space felt safe as the boss is a woman who is equally concerned about their well-being and the business. Siva Priya pointed out that more women entrepreneurs would make the field a comfortable space for the workforce.

She said, “When I worked as a staff, I had to handle a lot of pressure - taking care of a house and my job. Hence, I am aware of the way women multitask and their daily routines. I want to make things easier for them. So, there are no stringent rules and we are flexible to each others’ needs.”