Indian Navy's latest stealth warship Tushil to be commissioned in 2023 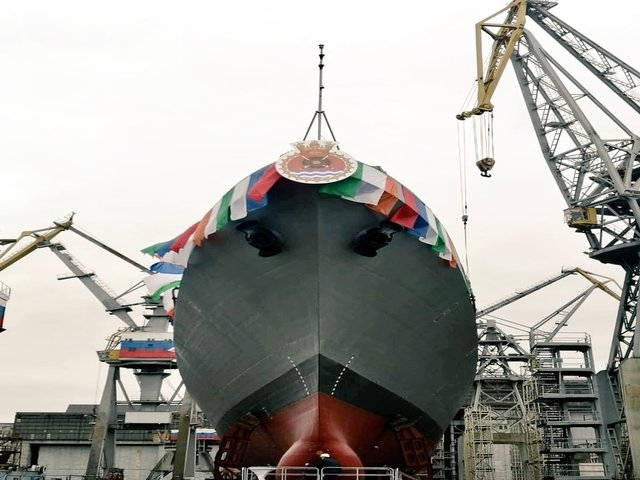 The Indian Navy said that the 7th frigate of P1135.6 class has been launched at the Yantar Shipyard in Russia’s Kaliningrad, which will add capability navy for projecting power in the Indian Ocean region.

Indian Navy said in a statement that the ship was formally named Tushil - a Sanskrit word which means protector shield - during a ceremony attended by D Bala Venkatesh Varma, India's ambassador to Russia, and senior dignitaries of the Russian Federation.

Tushil is expected to be commissioned into the Indian Navy in mid-2023 followed by its sister ship at the end of that year, according to officials.

The release that the construction of these ships is based on the Indian Navy's specific requirements to meet the entire spectrum of naval warfare in all 3 dimensions of air, surface and sub-surface.

India’s ambassador to Russia, D Bala Venkatesh Varma, underlined the long-standing tradition of military-technical cooperation between the 2 countries. Varma acknowledged efforts put in by the Yantar Shipyard to ensure that the ship was launched on time overcoming the challenges of Covid.